Community members must social distance; fireworks will be seen around town 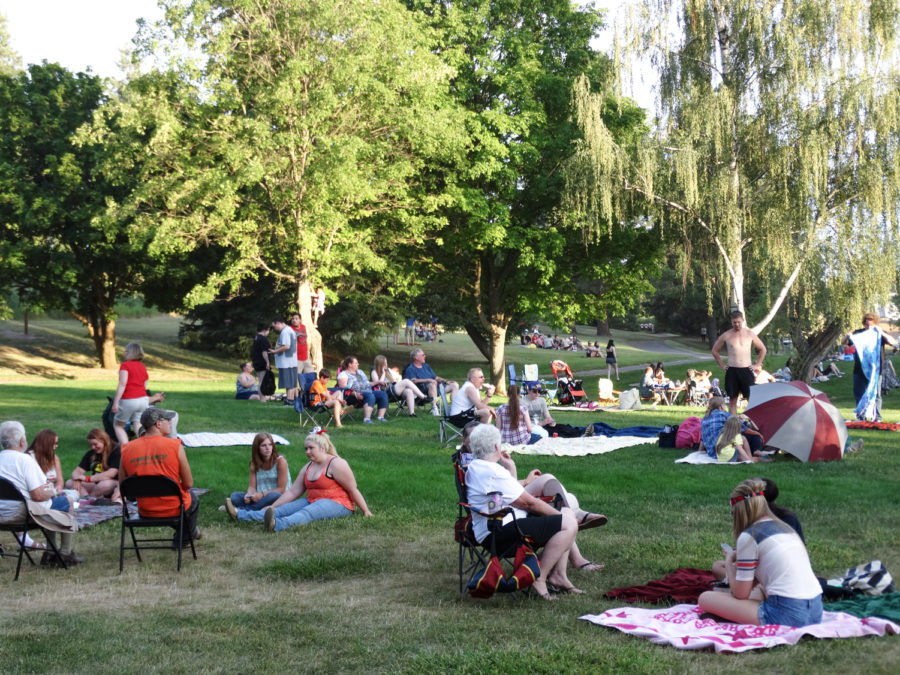 Normally, the firework show features live musicians, and a barbeque is put on for community members at Sunnyside Park, pictured here. This year, city officials have opted not to host any entertainment to maintain social distancing.

The annual Pullman Fourth of July firework show is set to return this summer to Sunnyside Park, and contrary to years past, the firework show will feature no live entertainment.

Pullman Mayor Glenn Johnson said the Chamber of Commerce spent some time trying to figure out if the celebration would happen this year.

“The way things are going here in the state with the number of … people that are getting vaccinated, we thought that we should be celebrating Fourth of July,” he said. “We wanted to let people know that we’re still trying to recognize the Fourth of July.”

Community members can watch the fireworks from Sunnyside Park while social-distancing or from somewhere else around Pullman. Johnson said there will be a decent view from the Pullman High School parking lot and Kamiak Butte County Park.

“[The fireworks] are choreographed to music, so people can listen to New Country 104.3 … and have a good time,” he said.

Normally, the show features live musicians, and a barbeque is put on for community members, but city officials have opted not to host any entertainment to maintain social distancing, he said.

People can bring their own food if they like, as long as they clean up after themselves, Johnson said.

“In the past, we could have as many as 10,000 people,” he said. “We did not want to draw [too many] people to the park. This is just like a slow easing into the Fourth of July.”

Typically, The Fabulous Kingpins play at the event, but they are not booking any gigs this year, said Marie Dymkoski, Chamber of Commerce executive director.

“Even if we could at the last minute have pulled them together, they haven’t been practicing,” she said. “So we just decided [it was] really for the best at keeping people still physically distanced”

This year, like in the past, Pullman Radio is selling advertising for the firework show. A certain percentage of the sales goes toward funding the show, she said.

“They will still do that this year, but the rest of the [funding opportunities] isn’t happening,” Dymkoski said. “We are just collecting donations.”

A link to donate can be found on the Chamber of Commerce website, she said.