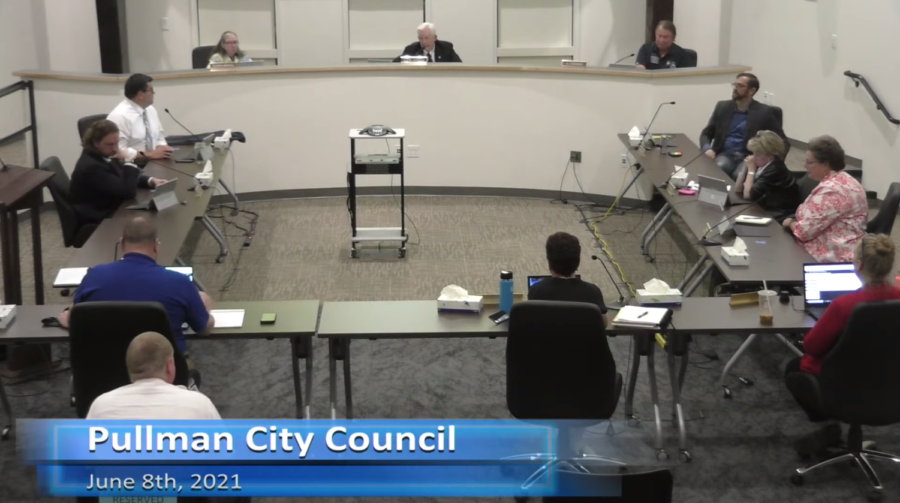 “We would be talking about plenty of space to have dining outdoors and not necessarily needing to be out … [on the] roadway,” Chapman said.

“They’re willing to do it themselves,” she said.

Parks said one of her priorities for the city is creating spaces that bring people downtown, including providing places for people to sit, relax and spend time with one another. This could involve building a “play structure” for children and their families.

According to the master plan, the city should make the following changes on High Street Plaza: plant trees, install a raised platform for informal seating or a stage, redo paving and add lights into the steps at the terraces.

WSU will pay $77,000 toward the new truck, said Ryan Lancaster, Pullman maintenance and operations accountant. The university has an agreement with the fire department in which they contribute 18 percent to the department’s capital costs.

The department’s existing truck has been in service for 20 years and is due for replacement, Lancaster said. The department anticipates receiving and paying for the new truck in 2022.

“The lead time on this truck is exceedingly long — up to a year potentially,” he said. “We’re seeking authorization to order the truck now so that it could potentially be put in service in 2022.”