Professor introduced new programs to WSU, acts as mentor for other faculty 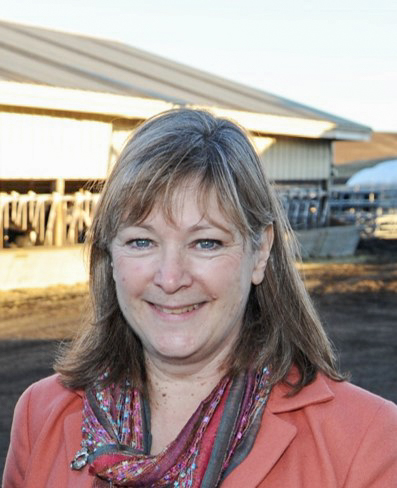 Moore said it was a surprise when the Dean of UC Davis School of Veterinary Medicine called and informed her about receiving the award.

“I didn’t know whether I should take the call or not, you never know when you get spam calls,” she said. “I figured I’d just take it, and it was him and he congratulated me on winning the award.”

Normally, the award would be handed out during an in-person event hosted by UC Davis, but COVID-19 made matters complicated, she said. The school is trying to host an in-person event at the end of September but will hold a virtual event instead if things do not go according to plan.

Moore said she prefers a live event over a virtual event.

“It’d be nice because I’m from Sacramento, and I’d like to see some family that I haven’t seen for a couple years and see the folks at UC Davis that I used to work with,” she said.

Moore’s attraction to working with animals led her to the veterinary medicine field, but the people she worked with ended up making it enjoyable as well, she said.

“The thing that I’ve enjoyed the most … is working with veterinarians that are already in practice and helping them explore new services and new ideas for their practice in order to help their clients,” she said.

Moore worked at Penn State for eight years and put on a Dairy Production Medicine Certificate program for dairy veterinarians, she said.

She said she went to UC Davis after working at Penn State to teach for another 10 years.

Moore said 14 years ago, WSU ended up offering her a job as an extension veterinarian in the vet school.

“There hadn’t been an extension veterinarian at WSU for quite some time, and they asked me to build a program from scratch,” she said. “That was a good challenge.”

Moore helped introduce several new successful programs to WSU, one being CalfScience. The program puts science in the hands of veterinarians and other individuals who work with calves, she said.

“It’s been nice to develop stuff that was really interesting to me personally and that was also useful to farmers and veterinarians,” she said.

Moore hired other people to work in the Veterinary Medicine Extension program as well, she said

Craig McConnel, Veterinary Medicine Extension associate professor, said Moore hired him in 2016 and has been his mentor ever since.

“She was the sole veterinary medicine extension personnel and then was able to bring me in as a secondary in that med extension,” McConnel said.

McConnel said the two have worked together on multiple different projects within the veterinary medicine field. They provide easy access to necessary tools for veterinarians across the state.

“I have more of a clinical background and research background, so the extension part has been absolutely new to me,” he said. “I’ve needed a lot of mentorship and she’s been there and … that’s been the primary role that she’s played within the last almost five years of my career.”