SATIRE: Opposing opinions lead to divorce for some, hilarity for others

Ongoing arguments over varying ‘random’ topics like best amount of pulp in orange juice or when one should shower are causing rifts in families, friends 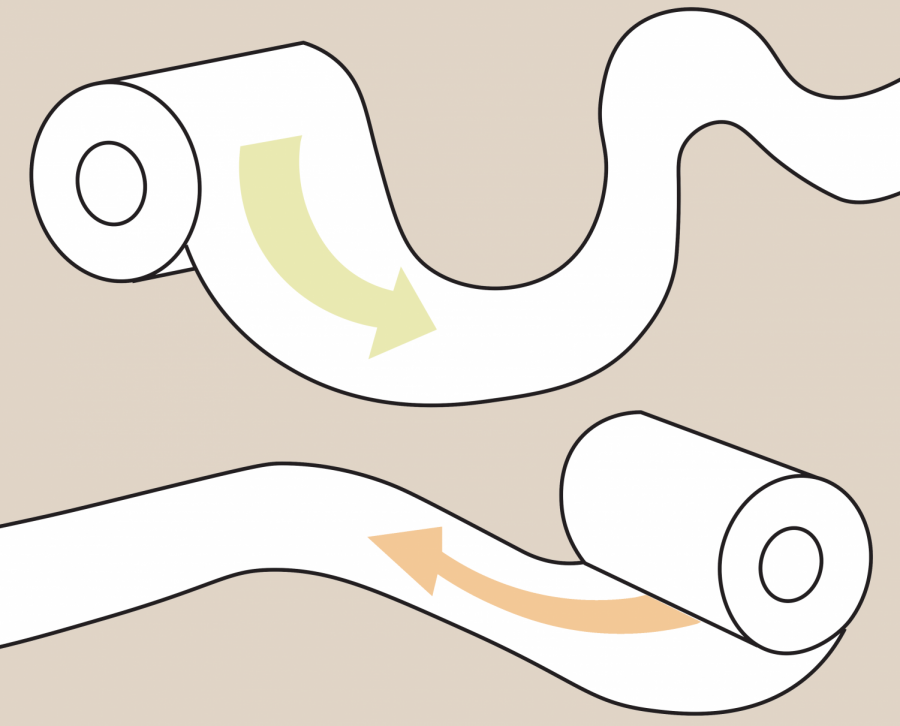 Folded over or under? The most divisive argument of the century is which way the toilet paper roll is supposed to face.

People have opinions on almost everything. This is great for the existence of an opinion section in a newspaper, but all in all, can be a pain. People can argue over the dumbest stuff, like that blue and black versus white and gold dress fiasco.

I never understood why people fuss over things that are, in the grand scheme of life, trivial. But I know I do it, too. No thank you to crunchy peanut butter or really pulpy juice.

Karen Karington said she divorced her husband because he would always position the toilet paper incorrectly.

“I swear he did it just to bother me. He always did it over — or wait, was it under? I don’t remember,” Karington said.

Allegedly one of the fiercest debates she has ever had, yet somehow not significant enough for her to remember which was the right way after the fact. It is just as pointless as my roommate and I arguing over whether you are supposed to stir sour cream.

I vote yes; he votes no. But the argument is more playful pestering than anything else. Granted, I am still right — not stirring the liquid back in is gross; it makes the sour cream less creamy and smooth.

Karington said she is looking for a new husband now and will be accepting applications. Criteria include making sure they know the right orientation for toilet paper, always showering at night, only cutting sandwiches vertically and liking orange juice with extra pulp.

“How am I supposed to live with someone if they do everything wrong? My local grocery store can’t even stock the right brand of produce. Organic, hypo-allergenic and essential oil-infused. Some teenager said I was being a “Karen” for getting mad, like, what does that mean? How did he know my name?” Karington said.

My sincerest apologies to any of the genuinely nice people named Karen in this world. The name has become a meme.

“It’s amazing how many people get heated over stupid stuff. Who cares what celebrity is the hottest? Why are we always trying to impress people or always have the so-called ‘right answer?’” Thinternett said.

Thinternett said that because the entertainment value of watching people bicker about meaningless things is so high, he intends to open a museum with hand-selected posts of the finest quality where people can come in and view his curated opinions.

“I want a place where people can not only view the opinion posts I curate but also add their own two cents. Sure, the internet already gives them that power. You can make that point. But I don’t care. I want to be able to stand there with my popcorn and watch people go ballistic over toilet paper,” he said.

We saw that level of ridiculousness during the earlier portion of the pandemic (toilet paper hoarding and other nonsense), but Thinternett seems to be seeking a physical space to breathe life into stupid opinions.

He said one of his first acts would be to host a grand debate tournament using trivial opinions like what type of peanut butter is best.

Personally, I would like to see a tournament-style line-up of trivial opinions to see which one people think is the most polarizing. I suspect that maybe it would be something food-related, but that might just be the fact that I love food.

Nonetheless, people bickering over silly things can be endearing or painful. Playful disagreements are great to have now and then, but if anyone ever tries to seriously fight me about something like shower time or peanut butter, I might just walk away.