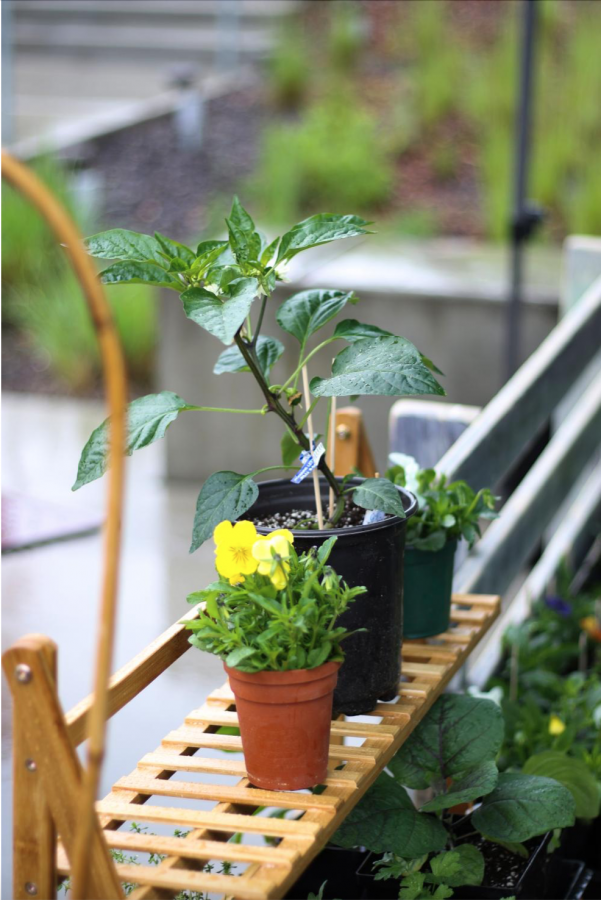 Horticulture Club members can earn scholarships towards their tuition by participating in club activities.

WSU’s Horticulture Club was founded at the same time as the university in 1890 and has been a growing club since then.

The club meets once a week and gives students opportunities to get work experience within the greenhouses on campus, said Morgan Riley, horticulture club president.

Riley said the club normally meets on Thursdays from 5 to 7 p.m., but that can change each year depending on students’ availability. The meetings give students a chance to “goof off” and interact with their peers with similar interests.

“At the end [of the meetings], we have pizza and soda from Pizza Perfection, so it’s just more relaxing,” he said. “That last half hour is just for the students to kind of chill, talk to each other and talk to their teachers that might be a part of the horticulture club.”

There are four greenhouses at WSU, Riley said. Two of them are full production greenhouses that are filled wall to wall and floor to floor with plants, and are used for storage.

There are rolling benches to help minimize extra space in the room, so there is only room for a couple of people to be in there at a time, he said.

There is one main growing house, with another greenhouse right next to it, he said. Half of that greenhouse is used for extra storage space, while the other half is used for a plant propagation class.

“They come in and they’ll take cuttings from some of the plants that are in the conservatory, but also some plants that they get on their own,” Riley said. “They use our propagation beds to act as a good growing spot.”

The horticulture club holds plant sales throughout the year, he said. The club will buy seeds and continue to take care of them until they are ready to be sold.

There are very few plants they buy full-grown and resell, such as primroses for the Valentine’s Day sale, he said. The majority of the plants sold are grown and taken care of by members of the horticulture club.

“We work all the facets of the plant sale, but the base part is just being able to have people be there and answer people’s questions,” he said.

Students will advise buyers on how to take care of their plants, he said. Tomatoes usually get the most questions, so students will help buyers with what kind of fertilizer to use and where to put the tomatoes in the garden.

“If there are any unsold flowers at the end of any sale, students can sometimes take them home for free and if not … if you’re in the club you get a 25% discount,” Riley said.

A benefit of being a member of the club is receiving a $10 scholarship for every hour you work, he said.

If a freshman, sophomore or junior puts in a certain amount of hours of work at the club, whatever they earned will go towards their tuition the next year, he said. If a student is a graduating senior, they will receive a check over the summer.

To get involved in the Horticulture Club, a student would have to email either Riley at morgan.riley@wsu.edu, or the club advisor Jamie Holden at jwholden@wsu.edu.

Once students send the email, they will be put on a mailing list and will be sent an initial email from a Listserv asking them to click on a link that will allow them to receive emails about the club, he said.

When they click that link, they can use it to send information about the club to the list of recipients and will receive emails from everyone else in the club, Riley said. That is how the club communicates on when meetings will be held and where.

“Being on the email list is the biggest way of getting involved,” he said.