Inclusive language important to show respect for all people 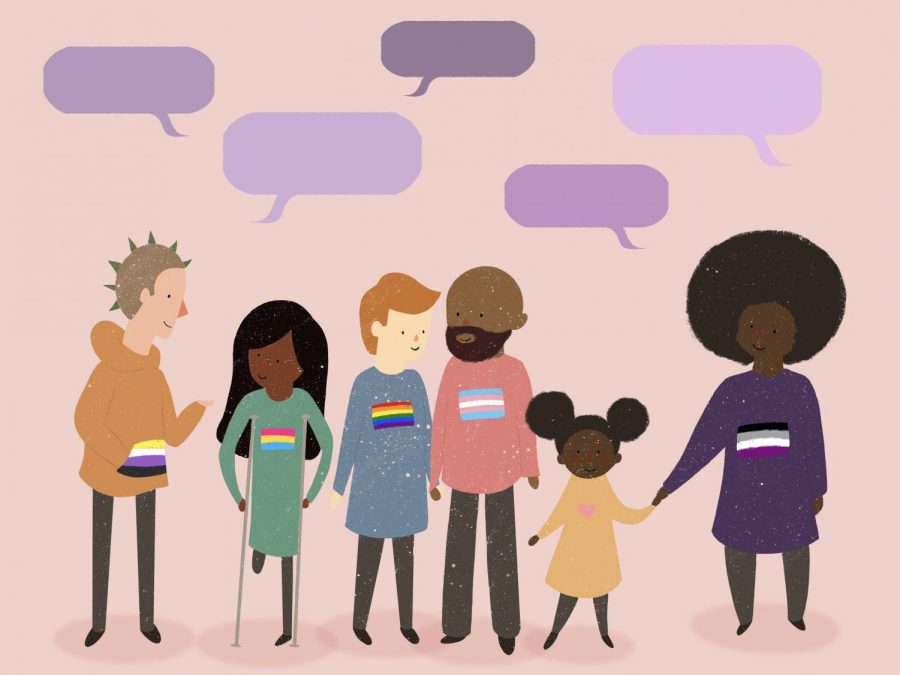 The goal of inclusive language is ensuring that as many people as possible feel seen and validated in everyday life.

Perhaps most ironically, the quote Cruz was mocking for erasing mothers literally said “mothers” specifically, along with the gender-neutral term “birthing people.”

Replacing Mother’s Day or Father’s Day with celebrations dedicated to the biological process of creating and birthing a child is as silly as Cruz makes it seem, because not all mothers or fathers are the biological parents of their children.

Something like “Birthing Person’s Day” erases adoptive parents, stepparents, foster parents, grandparents or siblings who are raising children, parents who had their children via surrogacy and essentially any family situation that is not the stereotypical nuclear family.

“I think making it about the biology not only excludes people with different gender identities and sexual orientations but also people who are adopted, or people who consider their mother somebody different from who gave birth to them,” said Bella Sumner, senior biology major. “It seems kind of silly to make it all about whether or not someone gave birth to you.”

Simply put, equating motherhood to giving birth violates the very goal that gender-neutral language is supposed to meet, which is inclusivity.

Matthew Jeffries, director of WSU Gender Identity/Expression and Sexual Orientation Research Center, believes much of the conservative backlash towards gender-neutral language has to do with power and control.

“I think all of our liberations are tied together, so when one thing falls apart, all of them start to unravel, and I think that’s scary for folks who want to maintain the status quo because they have power in that,” he said.

The destruction of the nuclear family has been a conservative talking point for decades, spurring homophobia, the war on drugs, anti-sex worker rhetoric, pro-life policies and a multitude of other right-wing ideas. Gender-neutral language is viewed as a similar threat to the status quo, explaining why so many people are against it.

However, this language has also been criticized by more liberal-leaning people, especially those who claim to be championing women’s rights, such as author J.K. Rowling and actress Rose McGowan.

These criticisms are rooted in the false belief that non-gender-conforming people are a threat to certain qualities that are historically sacred or innate to womanhood like menstruating or giving birth.

Of course, not everyone who gives birth or menstruates is a woman, just as not all women menstruate or can give birth. Such rhetoric excludes trans men and women, intersex people, non-binary people and even cisgender women who choose not to or cannot do these things.

“I think just as general statement, people like to throw biology around and be like, ‘well, it’s biologically this way, so this is wrong,’ but biology is actually a lot more complex than a lot of people like to acknowledge when it comes to sex and gender, so I just think in general people need to think a lot more critically about that,” Sumner said.

The goal of gender-neutral language is to be as inclusive as possible, which is why it will never completely replace mother or father. It is appropriate and beneficial to use all these terms in conjunction with each other, acknowledging the many diverse people and families around us and making as many of them as possible feel included.

“Mother” and “father” can be equally as inclusive as “birthing person,” depending on the context. For holidays celebrating parenthood, it is much more inclusive to celebrate the people raising a child, who might not be the same ones who biologically created and gave birth to it.

“Mother,” “father,” “birthing person,” and so many other inclusive words each have their place in language — sometimes that place is even right beside each other. Whatever you’re saying, say it with kindness and respect for the many identities and family situations you will encounter in your life.