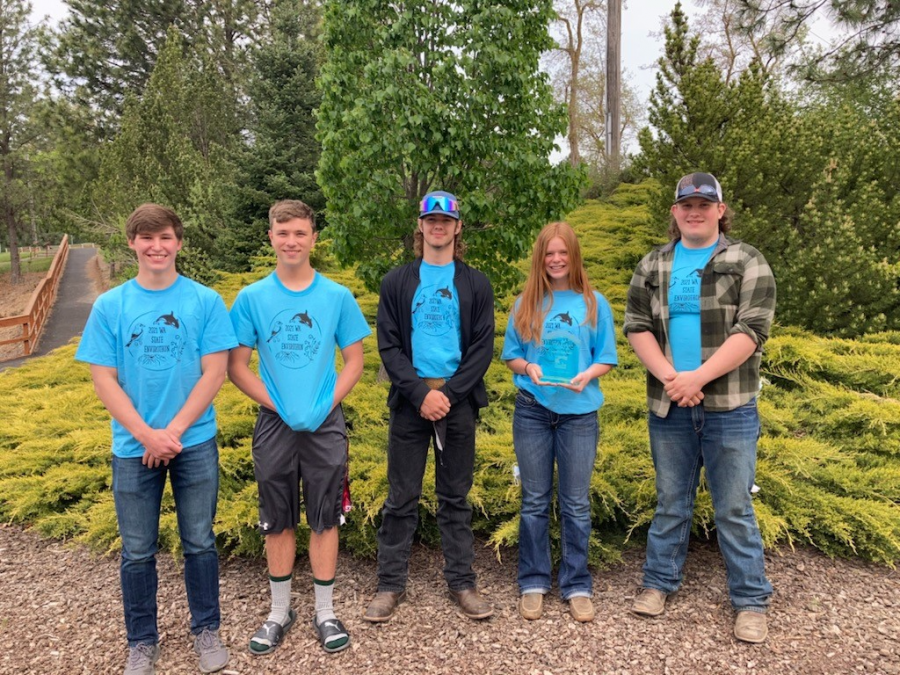 “Our internet cut out just as they said we got first,” team captain Austin Jones said. “Then our other team member who wasn’t on the bus was texting us freaking out.”

Garfield-Palouse High School recently took first place in the Washington State Envirothon Competition and will go on to compete in nationals July 25-31.

The team consists of five students, said Mark Sawyer, career technical instructor and team adviser. Typically, students rotate from five different stations and take a test on each subject, but this year the competition was held virtually.

“It was a little bit of a bummer to have to do it all virtually, but the kids were really thrilled to still compete,” Sawyer said.

It was difficult to prepare the team on what they should know for the competition, he said. There is a website that gives objectives and specifics about what students are tested on, but the information is still broad.

Sawyer said there are four seniors and one sophomore on the team this year. A couple of those seniors have competed in the competition their entire high school career.

“That really helps when they’ve been to more competitions and have a better understanding of what to study on their own,” he said.

Students were tested on topics including forestry, wildlife, aquatics, soils and a current environmental issue, which was groundwater this year, he said.

The team also had to give an oral presentation on a scenario they were given two weeks before the competition, Sawyer said.

“The scenario was based on the Latah Creek south of Spokane,” he said. “We were acting as a firm to help mitigate some of the erosion issues with this property. The family was looking to sell it and subdivide, but we were trying to come up with alternative plans.”

Team captain Austin Jones said they presented a solution to modify and remodel the land rather than develop homes.

Jones said the awards were announced over Zoom while he was on a bus with a couple of other teammates.

“Our internet cut out just as they said we got first,” he said. “Then our other team member who wasn’t on the bus was texting us freaking out.”

Sawyer said the Garfield-Palouse team has competed at the state level for multiple years but only ever made it to the top 10 in the past.

“This is the first time that our school has won,” he said. “The national competition would have been in Nebraska, but it’s all virtual this year.”

While it is not ideal to compete in nationals virtually, Sawyer said he has been joking around about traveling to Nebraska anyway to compete from a hotel room.