Celebration open to the public; discussion on future Juneteenth celebrations to be held 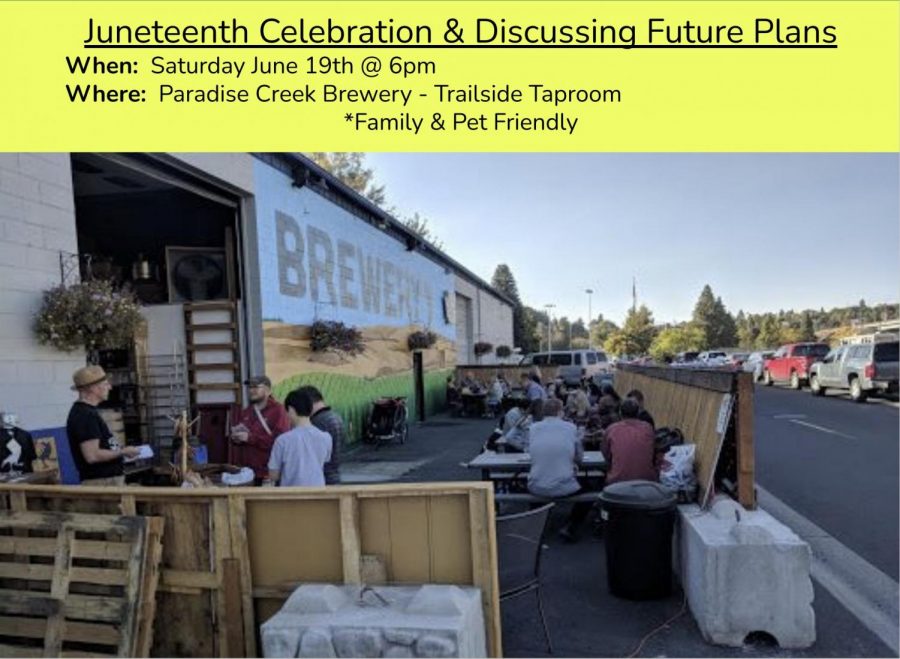 The organization has no formal leaders or membership requirements, just community members advocating for racial justice.

The Palouse Council on Racial Equity will honor Juneteenth at 6 p.m on Saturday at Paradise Creek Brewery in the Trailside Taproom.

Juneteenth recognizes the day African American slaves learned they were free on June 19, 1865.  Slaves had not known they were free until two and a half years after Abraham Lincoln signed the Emancipation Proclamation, said Palouse CORE member John Streamas.

“I think the significance of [Juneteenth] is more of an emotional and philosophical thing,” he said. “The amendments were great for constitutional and legal purposes, but this is more for the sense of an end of slavery that goes beyond just what’s legal and constitutional.”

The Juneteenth celebration is new to the community, so there will also be discussions on what future celebrations will look like as well, said Palouse CORE member Anthony Haynes.

Palouse CORE was formed last July in response to increased activity from the Black Lives Matter movement. Community members came together during protests at the time to form the organization, he said.

“[We] wanted to get together [to] make sure that this energy and movement continues because it’s relevant to our community just like any other community,” Haynes said.

Members describe Palouse CORE as “free-flowing and organic.” The organization has no formal leaders or membership requirements, just community members advocating for racial justice, he said.

Palouse CORE member Amir Gilmore said there is hope President Joe Biden’s recent legislation making Juneteenth a federal holiday will inspire more conversation and education around the holiday and why it should be celebrated.

“It’s a long time coming … I’m happy, but my fear currently is that there’s all these discussions about critical race theory in [K-12] education,” he said. “How can we commemorate something that certain states want to ban having conversations about?”

Critical race theory is an academic movement studying the appearance of race and systemic racism across dominant cultures to understand how victims of racism are affected, according to the Purdue Online Writing Lab.

Palouse CORE is working on building a website to connect with the community and share its goals. The organization currently communicates with around 60 community members via email, he said.

Anyone is welcome to join the celebration on June 19. Palouse CORE members would love to meet new people, conversate and celebrate, he said.

Editor’s note: This story has been changed to reflect that CORE stands for Council on Racial Equity.