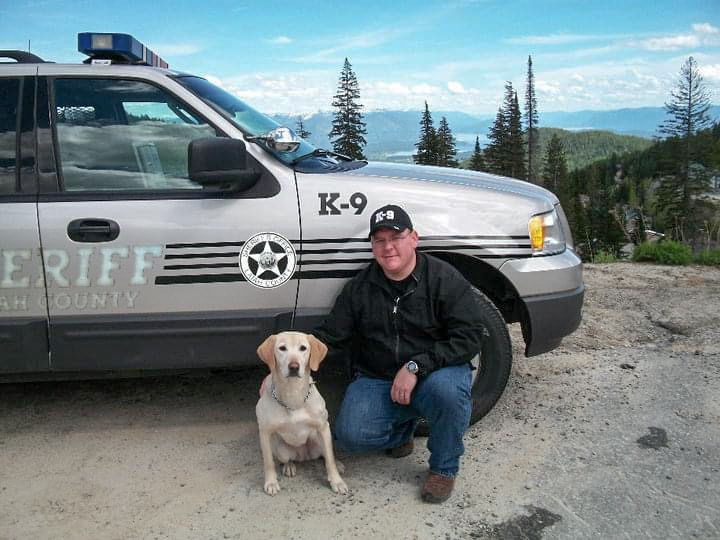 The department plans to adopt its next canine from a local pound or adoption center similar to previous dogs. There are no limitations on dog breed but it should be big enough to easily reach higher areas.

The Latah County Sheriff Department is working to restart its canine program to aid in the detection of hard drugs.

Latah County Sheriff Richard Skiles said the department plans to use the program primarily for hard drug busts. The department will not use canines to detect marijuana.

“I’m not as concerned about the marijuana as I am more about methamphetamine and heroin and cocaine,” he said.

The department hopes to purchase one canine costing around $27,000, which includes training and supplies, he said.

A certified trainer at the state level trains the canine before it is assigned to a department, Skiles said. Once assigned, the canine will receive a handler it will work and live with.

Sheriff Deputy Scott Luther was Sunny’s former handler. Luther said he completed over 80 hours of training to help him form a special relationship with the canine.

“There was a lot of work to get this dog to focus solely on me as the handler and then other training,” Luther said. “We were going out to where odor or drugs had been placed, and we were training on what to recognize when the dog has a change of behavior.”

A canine establishes an alert with their handler to let them know when they have detected certain substances, he said.

Luther said the department plans to adopt their next canine from a local pound or adoption center similar to previous dogs. There are no limitations on dog breed, but it should be big enough to easily reach higher areas, he said.

“You don’t want too small of a dog,” he said, “because then they can’t stand up higher to get up to a higher odor.”

The department hopes to secure program funding through its budget rather than through personal donations. Latah County community members have expressed excitement about another canine; the program tends to be popular with the public, Skiles said.

“I do have a lot of county support for the dog,” he said. “Kids love dogs … and they’re really good around people.”

Skiles said the department will receive next year’s budget in October and hopes to get the program started by spring 2022.