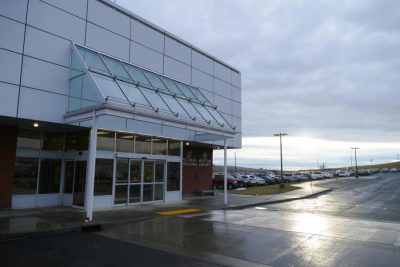 The Pullman-Moscow Regional Airport board of directors has discussed adding a nonstop flight to Boise for several years.

Alaska Airlines announced Thursday nonstop flights from Pullman-Moscow Regional Airport to Boise Airport begin August 17 for the first time in about a decade.

The new year-round route between Pullman-Moscow and Boise offers a crucial connection to the University of Idaho and WSU, according to an Alaska Airlines news release.

UI is guaranteeing Alaska Airlines a 10 percent profit from the new flight availability. If the airline is unable to meet the 10 percent profit, UI will make up the difference of up to $500,000, Walker said.

UI will use general university expenses to make up any difference in profits to Alaska Airlines, but the difference is not expected to be large if any at all, she said.

“We are a statewide institution, a land grant [institution]. We have a mission to work across the entire state, and so being able to easily access those areas is a huge benefit to the university and to those who work here,” Walker said.

The Pullman-Moscow Regional Airport board of directors has discussed adding a nonstop flight to Boise for several years, according to a UI news release.

Nonstop flights from Pullman-Moscow to Boise stopped about a decade ago. Flights have been rerouted through Seattle since 2018 when Lewiston-Nez Perce County Regional Airport canceled flights to Boise as well, according to the UI release.

This new flight path provides an easier way for students, families, alumni and researchers to come to campus, Walker said.

“What it means for the community is better connectivity, there [will be] more connections that people can get through Boise,” she said.

Tickets for flights between Pullman-Moscow and Boise are available for purchase on the Alaska Airlines website.