No one is defined by single social identity, so way we pursue social change shouldn’t be either 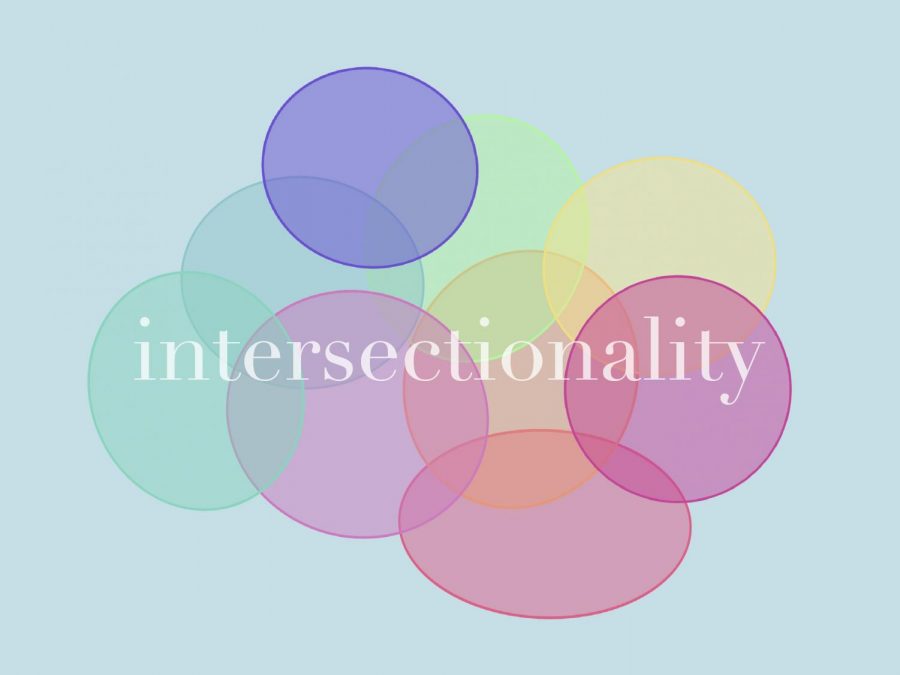 Intersectionality refers to the intersections between our many social identities.

In the month of June, Americans observe two major celebrations of victories for social justice.

The first is Pride month, the month-long celebration of queer liberation that commemorates the Stonewall Riots that took place in New York City from June 28th to July 2nd in 1969.

These two celebrations are the perfect metaphor for an important social and legal concept known as “intersectionality.”

Intersectionality is a term originally coined by Kimberlé Crenshaw, Columbia and UCLA law professor, in 1989. It is used to describe how our many social identities — race, class, gender, etc. — intersect in unique ways and create different experiences in society for each individual, even those who share one or more identities.

Just as everyone’s social experience is different, so too is each individual’s definition of intersectionality.

Kaitlin Srader, WSU alum and the 2020-2021 Chair for the Coalition of Women Students, said they define intersectionality as advocacy with a respect for varying identities and locations on the social hierarchy.

“Regarding race, ethnicity, sexual orientation and so forth, like different identities that make a person a person, it’s the overlap of those identities,” they said.

Sam King-Shaw, WSU alum and 2021 Women’s and Gender and Sexuality Studies Outstanding Senior, has another definition.

Just as King-Shaw mentioned, intersectionality is critical to consider in social movements because of how different identities and unjust systems intersect with and affect each other.

“Intersectionality is really important in social movements because in social movements, and just in life overall, it’s not one-size-fits-all, so you can’t create one solution that will fit and serve all types of populations,” Srader said.

There is not a single solution that will serve them both equally, because there are several distinctive aspects of each of their identities that a single social movement could not possibly cover.

If the only people being platformed within major social movements are the ones representing just one marginalized identity, then the movements only exist to serve that identity. They are exclusive and inadequate in such a vibrant and complex social landscape.

Conversely, when people with many intersecting identities are platformed by major social movements, they are not just serving a single movement — they are representing multiple identities and communities, facilitating social change in several areas at once and, therefore, on a much more massive scale.

Intersectional education is equally essential. If you have never heard of intersectionality as a concept, you are far from alone.

Even if you have covered similar topics in school, such as racism, economic inequality or women’s rights, many courses do not take that final step of tying everything together and showing how all of these issues are connected. Thus, students are left with a half-knowledge of how the world works and are unable to recognize how certain policies or movements targeted at one group affect other groups.

For example, an anti-abortion law that is passed to target women is also going to affect birthing people who are not women, such as some trans men, non-binary people and children. Anti-abortion legislation is also going to impact poor communities most heavily due to a lack of access to contraception, which in turn affects people of color because systemic racism keeps communities of color at the bottom of the socioeconomic ladder.

One piece of legislation meant for one group has a ripple effect across the entire social landscape, impacting groups that anyone reading or writing it likely never even considered.

Just like social movements should be platforming people with intersectional identities, teachers and professors need to be highlighting intersectionality by emphasizing it in their courses and using resources created by and featuring diverse people. When intersectional education is the norm, students go into the world understanding how interconnected the world and its people are, as well as with the ability to think critically about their beliefs, actions and their own identities.