Washington State Department of Ecology warns of potential for wildfires

Citizens should avoid activities that could spark wildfires; prescribed fires could mitigate damage 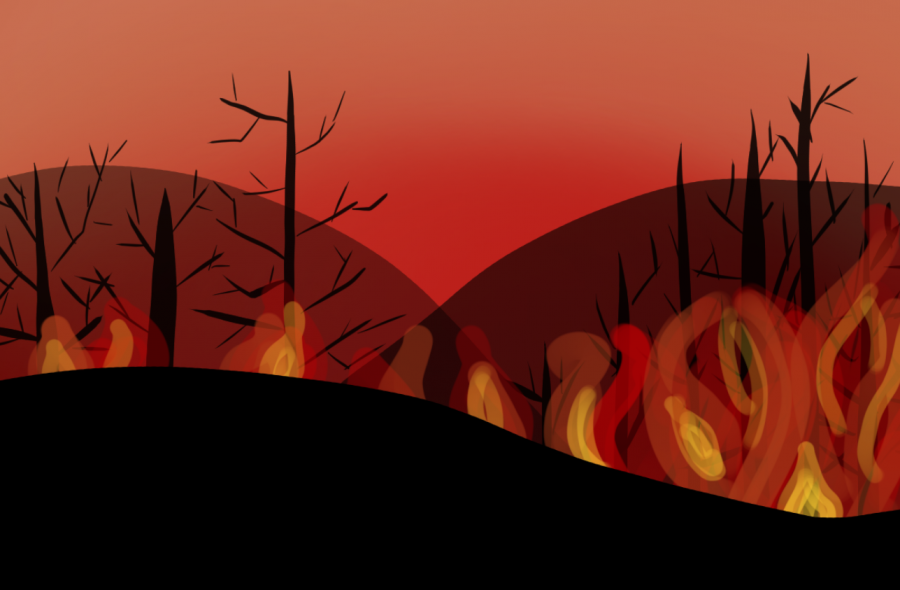 The drought advisory could become an emergency advisory later in the summer if Eastern Washington does not receive any precipitation.

The Washington State Department of Ecology and others recently made several recommendations to mitigate the impact of this year’s fire season.

“Whitman County [is] between three and six inches below normal precipitation for the time of January 1 through June 16,” said Joye Redfield-Wilder, WSDE Eastern Region media contact.

Redfield-Wilder said many parts of Eastern Washington suffered drier winters, contributing to an increased potential for wildfires. A WSDE drought advisory, issued around a month ago, aims to curb water use and prompt citizens to avoid activities that could spark a wildfire.

“There’s a reason we regulated fireworks pretty tightly,” he said. “Especially in Eastern Washington, the summer fireworks can quite easily start fires.”

Redfield-Wilder said before participating in something potentially dangerous, remember the destruction caused by wildfires in the past.

“These dry conditions are repeating themselves, year after year or every other year,” she said.

The Cascades collect more than enough snow every year, but there is less precipitation reaching the Washington lowlands, Redfield-Wilder said.

“I think probably the biggest thing is lawn irrigation,” he said. “People will turn on a sprinkler and leave it in one spot.”

Overwatering the lawn with sprinklers is not only a waste of water, but it can also kill the grass, he said.

Another way to mitigate the spread of wildfires in dryer areas like Pullman is with farmers’ property upkeep, Culp said.

“[A farmer’s] method of firefighting involves … tilling fire lines ahead of the fire,” he said. “They certainly have measures to respond to them because … that’s money out of their pocket.”

Wildfires have the potential for extensive impact, but Swanson said the Palouse could benefit from smaller fires. Swanson has 29 years of experience in forestry and teaches about the benefits of prescribed fires in dry areas.

“Prescribed fire is the planned use of fire under a tightly controlled set of conditions to produce an array of values in a given area of the land,” he said.

“We use prescribed fire as a surrogate for those [larger] frequent fires,” he said. “I think we’re going to be far better off; we’re going to have more diverse fire resilient ecosystems.”

Redfield-Wilder said the drought advisory could become an emergency advisory later in the summer if Eastern Washington does not receive any precipitation.