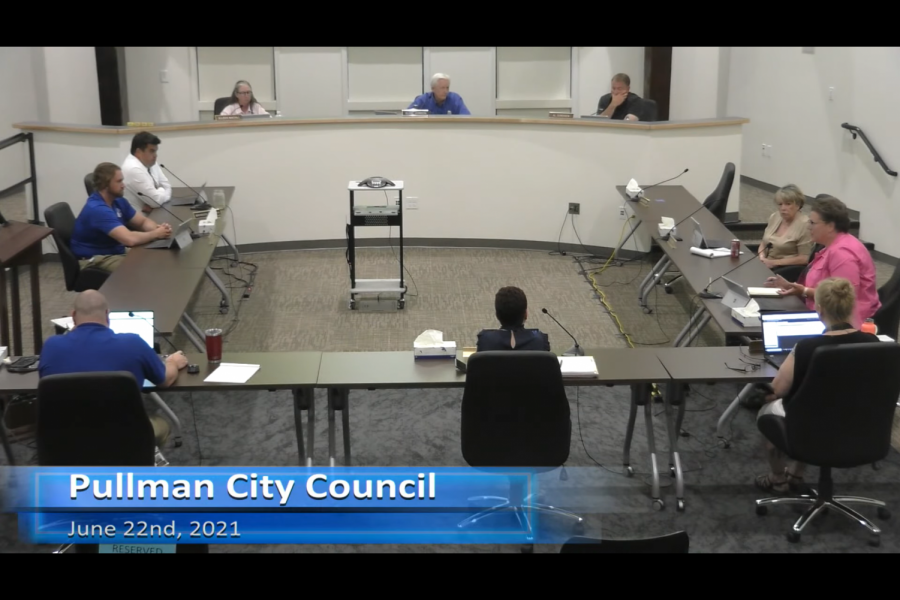 Palouse CCL is currently working on a survey to gain a better understanding of community members’ knowledge about climate change their willingness to take action on the issue.

Palouse CCL is currently working on a survey to gain a better understanding of community members’ knowledge about climate change, Witters-Hicks said. The survey also aims to gauge residents’ concerns about climate change and their willingness to take action on the issue.

“We intend to execute this survey this fall,” he said. “We may do a combination of an online and in-person survey … and our goal is to reach a representative sample of Pullman-ites so we can draw significant insights about the population.”

The survey will ask respondents about their concerns with issues such as severe heatwaves and decline in vegetation due to hotter conditions, he said. The survey also asks respondents how important it is for city officials to act on the matter.

“We’re putting together [the survey] to engage Pullman residents as well as reintroduce the idea of creating a climate action plan for Pullman,” he said. “We think the time is right.”

“In our local area, some of the impacts that we are seeing are higher temperatures across the year,” she said. “The West is in a drought … we are in the record driest year since records began to be kept.”

A climate action plan is a roadmap helping the county effectively bring down emissions and prepare for current climate impacts and in the future, she said.

People from multiple fields including engineering, construction and water conservation are prepared to step in to help create a climate action plan, Meuth said.

CCL’s survey will help gather citizens’ input, Meuth said. City Council passed a goal to develop a climate action plan in 2018, and CCL wants to put that back into place.

“There’s no reason that you can’t change a problem into an opportunity,” she said.