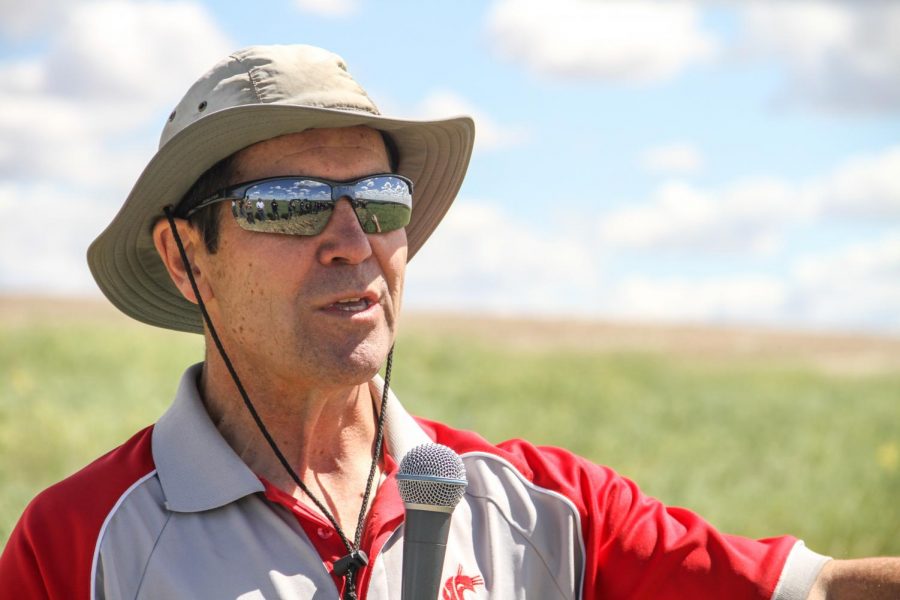 Lyon's term as interim chair will end in summer 2022 when Rich Koenig is set to return as department chair.

WSU Professor Drew Lyon describes himself as a weed scientist and “servant leader.” It was through a community college botany class where Lyon discovered his interest in plants.

Lyon said he was appointed as interim chair of the Department of Crop and Soil Sciences after Rich Koenig was named acting dean of the College of Agricultural, Human, and Natural Resource Sciences.

Lyon has spent the last nine years at WSU researching, teaching and working with growers around the region on how to control weeds within cropping systems as professor and endowed chair in the Small Grains Extension and Research, Weed Science, he said.

“When I talk to growers, and they tell me I’ve done something that they found really valuable … I live for those, you don’t get them every day, but when you do get them, they’re a real boost,” Lyon said.

Lyon said he was a faculty member at the University of Nebraska for 22 years at the Panhandle Research and Extension Center prior to his time at WSU. Lyon studied pest management at the University of Illinois at Urbana-Champaign. He also studied weed science while attending graduate school.

Lyon said he had not intended on holding a department chair position, but when the opportunity presented itself, he decided to take a chance.

“I think it gives me a chance to give back to the department that I’ve enjoyed working with for the last nine years,” he said.

Koenig said Lyon is great at working with faculty and students across the department.

“He’s a very thoughtful faculty member,” he said. “The type of person that when he does speak, people listen.”

It will be a challenge learning how to balance research and outreach duties with responsibilities as chair as well, Lyon said.

“It’s like drinking from a firehose, learning all the things I need to learn right now,” he said.

Other priorities for the department are re-engaging students and faculty members and to keep things running smoothly, he said.

Lyon is a good communicator and very organized, which are necessary attributes to have when running a department, said Tim Murray, WSU Department of Plant Pathology chair.

“He understands what it takes to be a successful faculty member,” he said. “Part of the department chair’s job is being a mentor and giving advice to faculty in your department; Drew’s got experience doing that.”

Lyon said his term as interim chair will end in summer 2022 when Koenig is set to return as department chair.

“If I can help others succeed, especially some of the younger faculty, I look forward to being able to do that,” he said.