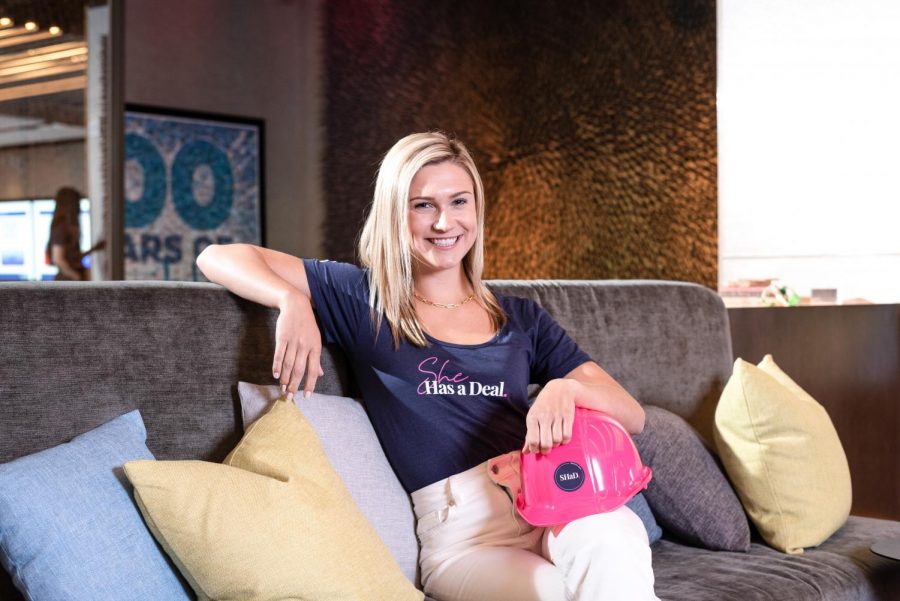 Emma Claire Spring, pictured here, pitched an idea to renovate a hotel in Chantilly, Virginia. As a part of the renovation process, she pitched that the hotel’s name be changed from Holiday Inn to Delta Hotels.

A WSU graduate won $50,000 in project funding from the She Has a Deal hotel investment pitch competition last month.

Emma Claire Spring, WSU School of Hospitality Business Management graduate, said she had to pitch an idea to either buy a hotel or build one from the ground up. Contestants could work in teams or individually; Spring chose to work on her own.

Spring said she was shocked when found out she won.

“I knew my project was good, but it was a pretty boring project compared to what most other people did,” she said.

She always wanted to work in the hotel industry. While growing up, Spring said she would play a game where she ran a hotel at home.

In high school, Spring worked in hotels, which helped her decide she wanted to major in hospitality business management in college, she said.

“I feel like working in hotels in high school is what sparked that interest in me,” she said. “If I wasn’t in the hotel world, I probably wouldn’t have found my way to this competition.”

Spring said she grew up in a ski resort town in Montana. She loved talking to tourists about the town and the activities they could do while they were there.

“Every time I would go to work, I was just so happy and it felt like where I was supposed to be,” she said.

Spring said she was one of the five who moved forward to the final competition on June 5 held in McLean, Virginia. She gave her 15-minute pitch to judges who acted as investors.

Spring pitched an idea to renovate a hotel in Chantilly, Virginia. As a part of the renovation process, she said she pitched that the hotel’s name be changed from Holiday Inn to Delta Hotels.

The pitch also included bringing on a management company and leasing out the building’s restaurant because of its downward financial trend. Spring said she hopes to renovate in a way that appeals to different markets, such as business and tech travelers.

Spring said contestants started the process of creating a pitch in December. For the first three months, competitors went to virtual classes every two weeks. Guest speakers would come and talk about topics such as how to find a hotel for sale and the financial aspects of running a hotel.

Spring said she did not know anything about hotel ownership when signing up for the competition.

Tracy Prigmore, She Has a Deal founder, said Spring was both the first to sign up this year and the first person to each meeting. When Prigmore held additional office hours for contestants, Spring was sometimes the only person to attend.

“Everything that we had spoken about leading up to her completing [the pitch] … she had actually listened [to],” she said. “All the specific components that I believe are essential to a pitch … she had included.”

Spring did a great job covering all the information she needed to in the 15 minutes she had, Prigmore said.

“Usually, you’re telling people to slow down, but I didn’t even want her to slow down,” she said. “What she was saying was quick, but it was also informative.”

Prigmore said she was one of the multiple coaches who worked one-on-one with contestants. She chose to work with Spring because of how dedicated Spring was to the competition from early on.

From December to March, Spring said she focused on learning about how to run a hotel rather than finding a location. She found a hotel around March and worked on her pitch until May.

“[That] was really like go-time for finding a deal, doing all the financial underwriting, the market research, finding a management company [and] talking to brands,” she said.

Spring said she was awarded $50,000 toward establishing her own hotel for winning the competition.

Even though the competitors spent the first few months working over Zoom, Spring said she felt like she knew everyone when they met in person for the final competition.

“I feel like I got to know so many people through [the competition],” she said. “Now that world is a little less daunting for me because I know I’ve already done it.”