Tax revenue will go toward PRH maintenance and operations 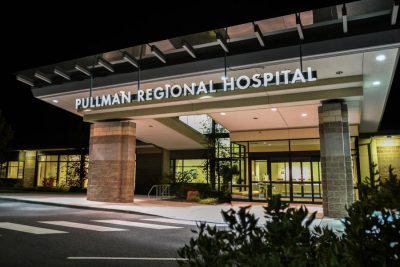 Passing the measure requires those who live in the Pullman School District to pay PRH’s yearly 0.3 percent tax.

The Pullman Regional Hospital Taxing District Expansion ballot measure was approved, PRH announced Thursday. The measure, which will be voted on Nov. 2, creates a levy on property in the Pullman School District.

The estimated 1,670 voters living in the district are the only people allowed to vote on the measure, said Alison Weigley, PRH director of external relations.

Passing the measure requires those who live in the district to pay PRH’s yearly 0.3 percent tax, Weigley said.

“If you own a home in Pullman, you pay 30 cents per 1000 assessed dollars of your home. So if your home was assessed at one million dollars, you would pay $300 a year to help support the hospital’s levy,” she said.

The PRH Board of Commissioners finalized the decision to add the measure to the general election ballot on Wednesday, Weigley said.

The money received from the tax will go toward the hospital’s maintenance and operations budgets, she said.