Model similar to weather forecasting; researchers hope to integrate model into others 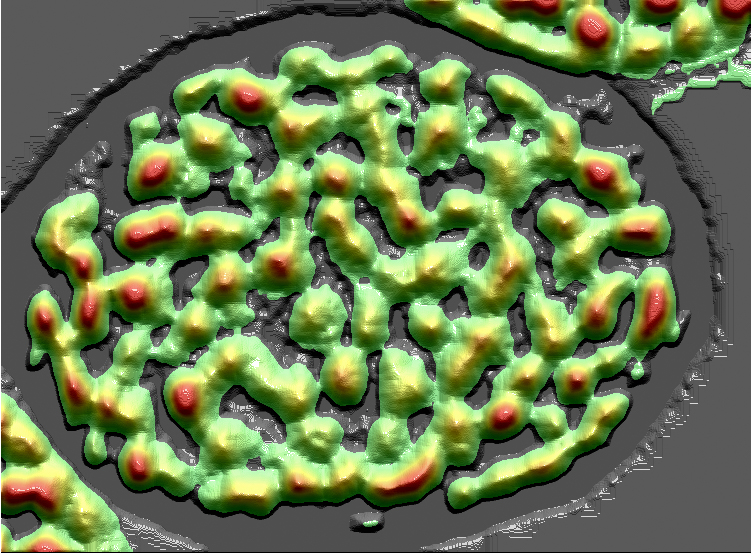 Computer-controlled camera systems at the WSU Compact Plants Phenomics Center helped researchers capture images of plants, such as this one, to better understand photosynthetic energy conversion.

“Life is not possible without energy conversion … if you die, you lose your capability to fuel your metabolism with energy,” said Helmut Kirchhoff, WSU Institute of Biological Chemistry professor. “Photosynthesis is almost exclusively the only reaction that provides this energy, so not just for plants but for all living organisms.”

Kirchhoff said the model was created to understand how transporters work together. Transporters are proteins embedded in the plant cell membrane that control the passage of ions.

“Channels are like pores for ions that can be either open or closed,” Kirchhoff said.

Photosynthetic energy conversion is the process that transforms light energy from the sun into chemical energy plants can use to fuel metabolism, Kirchoff said. Plants convert carbon dioxide, water and light into sugar and water.

Kirchhoff said two researchers from Michigan State University produced the first version of the model, but postdoctoral researcher Meng Li helped with the development process and implemented a model in Python language.

“The computer model is not directly meant to improve photosynthesis, but it was designed to understand better how that works,” Kirchoff said.

Li said the team used a mathematical model of what is happening in the membrane and the chloroplast, key components for the process of photosynthesis.

The model is similar to weather forecasting, he said. Meteorologists study previous weather patterns to predict future weather patterns. Similarly, the model uses past data to give more accurate information about the process of photosynthesis.

Kirchoff said the pictures help the researchers learn about the inner workings of the plant.

He said the idea of this model is to integrate it into others, resulting in a combined model that gives a complete picture of how plants work in nature.

“Modeling could be an important piece or tool to make this more understandable and then to improve crop plants based on that knowledge,” Kirchoff said. “My hope is that our modeling efforts are finally useful to make a bigger model that explains the entire plant.”