Summer events in Reaney Park are back

Concerts, movies in the park return until mid-August 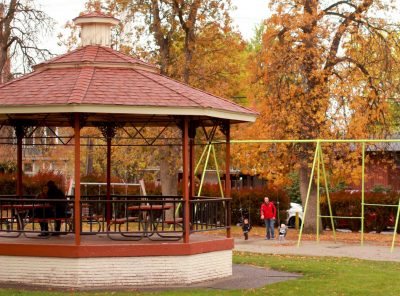 Next week, the city will play the movie "Tom & Jerry," followed by Disney’s "Onward" the next week.

Concerts in the Park will return at 6 p.m. Wednesday at Reaney Park, Pullman Parks and Recreation announced.

The series is held at the same time and location every Wednesday for six weeks. The first concert features a performance by Cherry Sisters Revival, a country-folk duo, according to a Parks and Recreation news release.

Movies in the Park will also return to Reaney Park every Friday at dusk. The program will run for the next four weeks. This week’s movie night features “Trolls World Tour,” according to a City of Pullman Instagram post.

Next week, the city will play the movie “Tom & Jerry,” followed by Disney’s “Onward” the next week, according to the post.

Country artists Daniel Mark Faller and American Bonfire perform in the park the two weeks following the first concert, according to the release.

More information about all local events put on by Pullman Chamber of Commerce can be found on its website.