Extracellular polymeric substances hold biofilms together; granules could be alternative to cement 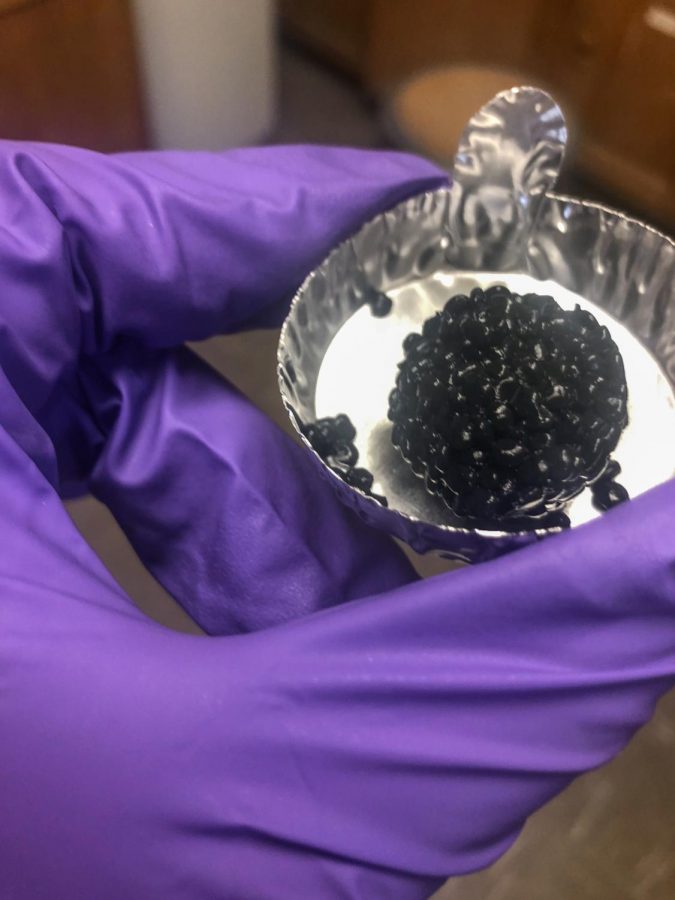 Biofilm granules like the ones pictured here contain extracellular polymeric substances that act as "glue" to hold bacteria — and soil — together.

Slimy layers of bacteria called biofilms can act as an environmentally-friendly glue to improve the strength of soil, according to a WSU study published in the journal Biofilm.

“There are microbial communities,” he said. “They make a high amount of extracellular polymeric substances. This is actually a glue which keeps cells together.”

If extracellular polymeric substances are separated from the bacteria, they can be added to soil without disrupting native colonies, Beyenal said.

“[Biofilm granules] could be a very attractive alternative to the other additives we already use for soil strengthening,” said Idil Akin, study co-author and WSU Department of Civil and Environmental Engineering Colf Distinguished Professor.

In order to build bridges and roads, soil often needs to be reinforced or strengthened. Traditional methods for improving soil strength use cement, which is a major contributor to global atmospheric carbon dioxide. Even replacing a small amount of cement could help alleviate the environmental detriment, Akin said.

“The biggest strength is that we can engineer [biofilm granules] in a way that can be completely environmentally friendly,” she said.

The granules are a reused waste product, so they might also be cheaper than cement, Akin said.

This method could later be used to improve soil that has been weakened by erosion or wildfires, she said.

Their next step is to conduct larger-scale tests and field trials to see how the granules work in natural systems, Akin said. Further testing will be used to make the granules stronger and more efficient.

There could be alternative ways to make extracellular polymeric substances without producing biofilms, Beyenal said.

Akin said they submitted a proposal to the National Science Foundation for their research with biofilm granules. Former graduate student Ahmad Faysal Shariq is also a co-author on the study.