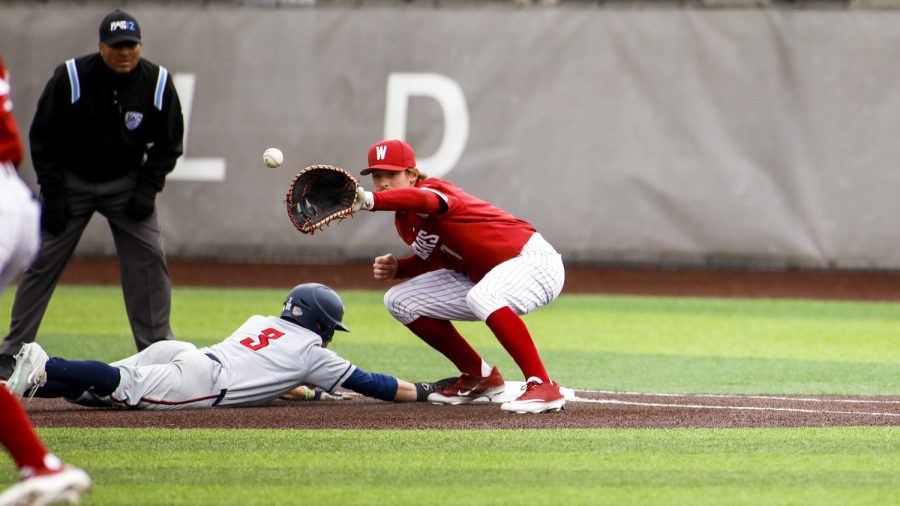 Junior first baseman Kyle Manzardo, pictured here, was the final pick in the second round of the MLB draft.

Going into this week’s MLB Draft, three WSU players were expected to be drafted. After a first round with no Cougars, days two and three saw all three players see their names called.

Junior first baseman Kyle Manzardo got the festivities started on Monday as the final pick in the second round. The Tampa Bay Rays selected Manzardo 63rd overall.

The selection makes Manzardo the 11th highest selection in WSU history and the highest since Scott Hatteberg and Aaron Sele went 43rd and 23rd in 1991.

Following the season, Manzardo earned All-Pac-12 honors and All-American Third Team honors. He became the first Cougar since Sele in 1990 to be named an All-American and the first position player from WSU to receive the honor since John Olerud in 1988.

Manzardo was joined on the second day of the draft by junior right-handed pitcher Zane Mills. Mills was selected 120th overall in the fourth round by the St. Louis Cardinals.

Mills became the eighth-highest drafted pitcher in WSU history and the highest since Chad Miles was selected 96th overall in 1994.

This season, Mills stood as one of the aces on the mound for the Cougars, holding the lowest earned run average among starters (4.15), second-most wins (5), the only complete game, most innings pitched (80.1) and the most strikeouts (83).

Wrapping up things for WSU was junior right-handed pitcher Brandon White’s selection on Tuesday, during the third day of the draft. White was selected 359th overall in the 12th round by the Miami Marlins.

In 2021, White led the Cougars in wins, amassing a 6-4 record over the season. He also racked up the second most innings pitched (68.2), second-most strikeouts (61) and the second-best earned run average among the Cougar starters (4.98).

The draft was overall a success for the conference. In total, 45 Pac-12 players heard their name called over the three days. UCLA led the way with ten, followed by Arizona at seven. Most of the conference finished around the same area as the Cougs; Arizona State had five selections, while Cal, Oregon and Oregon State each had four. Stanford and USC joined WSU with three. Utah had no selections and Washington had just two.