Prohibition of marijuana use at Olympic games is outdated; punishment is excessive 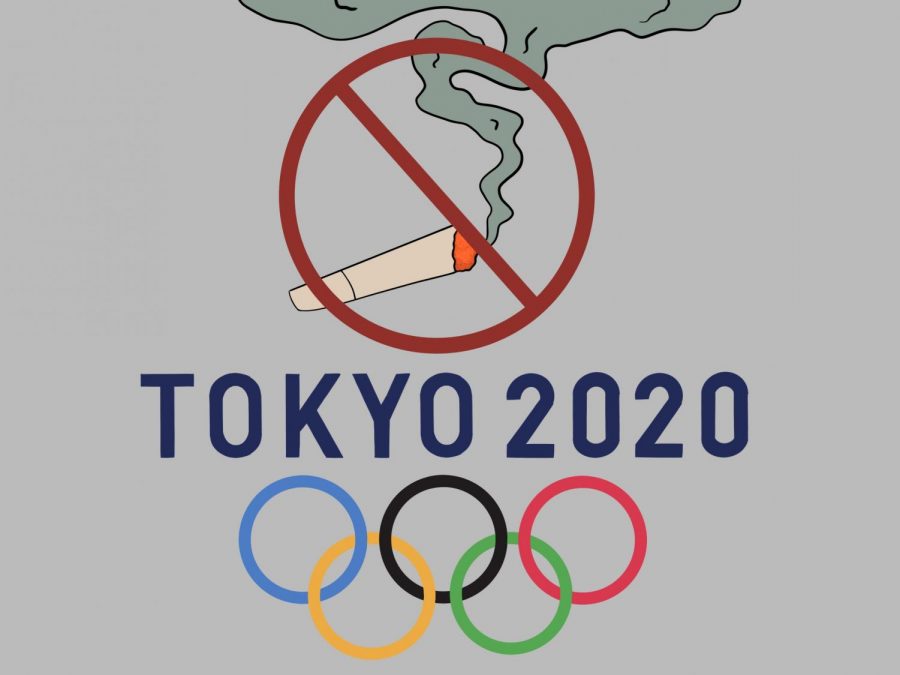 As other major sports organizations loosen restrictions on marijuana use or do away with them altogether, it’s time for the Olympics to do the same.

Sprinter Sha’Carri Richardson made headlines in late June at the U.S. Olympic track and field trials in Oregon, where she dominated the women’s 100-meter race. She was set to be one of the stars of the 2020 Tokyo Olympics, paving the way for a bright future in the sport.

Unfortunately, that possibility was cut short when Richardson failed her drug test, testing positive for tetrahydrocannabinol, or THC.

Richardson was sentenced to a 30-day ban, disqualifying her from the 100-meter race, which will take place while her ban is still ongoing, but still allowing the option of running in the 4×100-meter relay race.

However, when USA Track and Field released their team roster for the 2020 Olympics on July 6, Richardson was notably absent from it, meaning she will not be participating in the games at all this year.

USATF released a statement reading, “… while our heartfelt understanding lies with Sha’Carri, we must also maintain fairness for all of the athletes who attempted to realize their dreams by securing a place on the U.S. Olympic Track & Field Team.”

Unfortunately, this statement failed to address why Richardson was left off the Olympic roster entirely, punishing her far beyond her allotted 30-day ban.

Richardson broke a rule, and she accepted the consequences gracefully and with an optimistic outlook for the next Olympic games. Personally, what I fail to see is why the Olympics is still testing for marijuana use at all.

The World Anti-Doping Agency, which sets such rules, has three main criteria for determining if a substance should be prohibited:

It poses a health risk to athletes.
It is potentially performance-enhancing.
It violates the spirit of sport.

Two of these three must be met in order for the drug to be prohibited.

A potential health risk, I can understand — there are risks when ingesting any substance, not to mention the slower reaction times and impaired decision-making associated with marijuana that could put athletes and the people around them at risk.

But “performance-enhancing”? I seriously doubt anyone who has ever tried marijuana would agree with this, but let us see what WADA says.

According to a paper published by WADA in 2011, the effects of marijuana can be performance-enhancing in sports because they have the potential to alleviate stress, tension and depression. It also can promote better sleep.

Most of the evidence they included was anecdotal, but putting that aside, I am still unsure how this is significant enough to qualify as performance-enhancing. If reducing stress and sleeping better gives such a major edge, why not also ban stress-relief exercises, antidepressants and anti-anxiety medications, or sleep aids?

Junior music education majors Charlie Holmes and Logan Terry both agree that it is hard to see how marijuana use can be performance-enhancing in sports.

“Being high does very different things to different people, and from what I’ve heard it just makes most people relax and become tired rather than perform better,” Terry said.

The variation in experiences between marijuana users would greatly sway the way someone acted in a stress-inducing situation like a track meet.

“I think it could go one of two ways,” Holmes said. “You would either be the most chill, relaxed person in the competition, or the one with the most anxiety.”

“Being high would either make things more interesting, and possibly more funny, but I don’t think it would help the athletes all that much,” he said.

This also simply does not track with the justification for the first criterion.

Slower reactions and decision-making are not consistent with enhancing performance, no matter how stress-free someone is or how well they have slept. It needs to be one or the other because those two do not make sense together no matter how you spin them.

The third criterion is questionable in and of itself. How does one define “the spirit of sport”?

WADA defined it as “a collection of essential values to be shared in sport.” According to them, marijuana meets this criterion because it is classified as illegal throughout most of the world.

While this may be true, especially back when they published that report in 2011, Richardson used marijuana recreationally in the state of Oregon, which was a perfectly legal act.

Because of how many diverse rules and laws there are in every country around the world, it is practically impossible to create a collection of values shared by athletes worldwide that honor the laws of each and every country.

Additionally, THC is only one of the two most well-known cannabinoids (there are hundreds of others that are both naturally occurring and synthetic). The other primary cannabinoid is CBD, or cannabidiol.

In 2018, WADA made CBD use legal for athletes, but maintained its prohibition of all other cannabinoids, natural and synthetic. Yet, CBD products remain illegal in many countries around the world.

CBD is also only allowed because it is proven to have certain medicinal purposes. According to Harvard, these mostly include treating anxiety and depression and promoting better sleep habits — basically, exactly what WADA says qualifies marijuana and other cannabinoids as performance-enhancing substances. Why do other components of an illegal drug violate the so-called spirit of sport, but this one does not?

WADA’s justifications for the prohibition of marijuana at the Olympics are clearly convoluted and full of contradictions.

Other major sports organizations, including the NFL, NBA, MLB and even FIFA, have either loosened their restrictions on marijuana use or even stopped testing for it entirely.

These rules in the Olympics are outdated and the consequences are excessive, especially in Richardson’s case. It is time to do away with marijuana testing for Olympic athletes, just like other major athletic organizations are moving toward.