Wednesdays on the Mall last happened in 2019; people can pay for food using GET app, at Carlita’s register 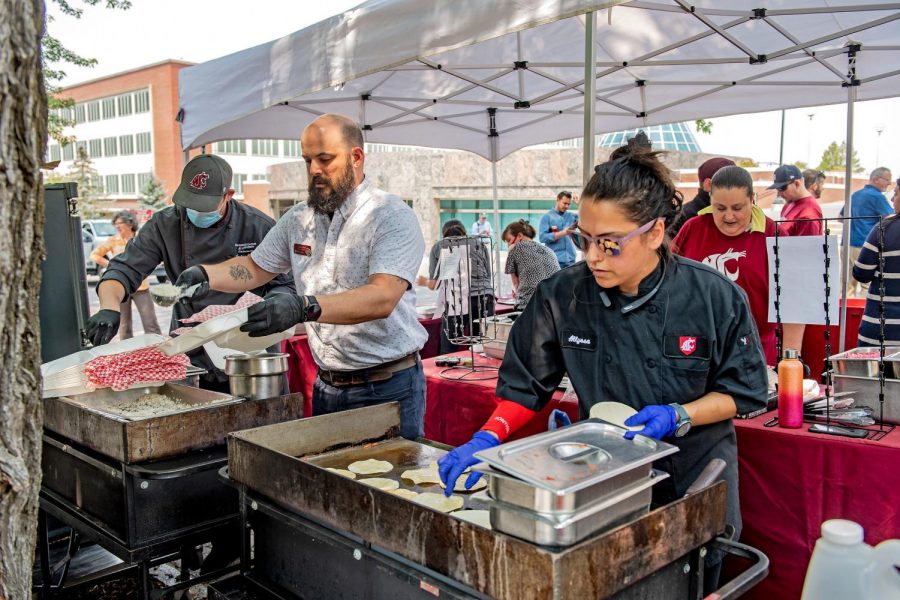 Wednesdays on the Mall, a barbecue on Glenn Terrell Mall featuring local live musicians, returned this week for the first time since 2019.

Chris Siple, Dining Services executive chef, developed a menu for the three Wednesdays. This week started with street tacos. July 21 will be street hot dogs, and July 28 will be kebabs. All meals are served with a side dish, cookie and beverage, Gibson said.

“I [am] excited about these menus because they aren’t your traditional hamburgers and hot dogs,” Gibson said.

People can pay for their food using the GET Mobile app or at a Carlita’s register in the Compton Union Building. Dining Services is looking for ways to accept payment on Terrell Mall, but nothing has been finalized, she said.

Over 180 people attended the first event. Gibson said she hopes to see more people attend over the next two weeks.