Air conditioning too expensive for many, new ideas necessary to stay cool 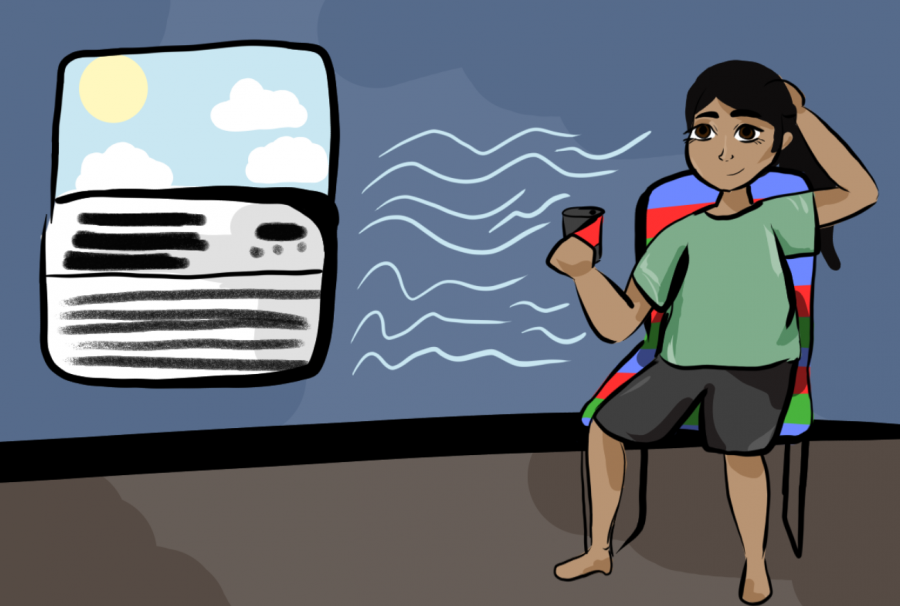 For landlords and tenants alike, air conditioning does not seem to be a financial possibility. We need other ways to stay cool as the summer heat increases year to year.

For a week and a half in June I jumped from friends’ apartments to other friends’ houses — anything with an air conditioning — a portable fan in one hand and a water spritzer in the other.

With only three plug-in fans available at my own apartment, nowhere seemed to be cool enough.

We ended up on my friend’s couch. She had an air conditioning unit that had luckily been left behind by the old tenants. I could have kissed the windowsill it sat on. We would live another day.

A month later, I am desperate for answers. Why don’t Pullman residences have air conditioners?

It is clear that this question is a necessary one. A study mentioned by the Los Angeles Times in 2015 shows that heatwaves across the U.S. have been steadily increasing in temperature and duration for the past 50 years.

If this heatwave was not the first, it will not be the last. And we need amenities in our homes to stay healthy.

Pullman residences are not equipped to support their tenants during these unavoidable heat surges. Anita Hornback, local landlord and Whitman County Landlord-Tenant Association president, said that this is because of a lack of demand from tenants.

“Say we had 10 phone calls about apartments, and if five of them said, ‘Do you have AC?’… what would happen after a while is we would start looking closer at whether we should be putting AC in or not. But people aren’t asking for it.”

Without this demand from tenants, or a clear desire for units with this specific amenity, landlords have not made the decision to buy expensive air conditioning units.

This, unfortunately, does make sense. But it does not change the reality of increasing temperatures in Pullman from year to year.

Samantha Long, a senior Apparel, Merchandising, Design and Textiles major, has lived in Pullman all summer. She lived in one of the College Hill houses during the heatwave and said that her house felt unsafe with unopenable windows to provide air circulation.

“The houses here are really old,” Long said. “There’s not a lot of air circulation so it can get really hot, and I feel like that’s not good for people.”

And because it is unlikely that Pullman residents will riot in the streets for the installation of air conditioning city-wide, there are certain things we can do to keep our apartments and homes cooler during the summer.

“I’ve put [heat-controlling film] on the backside of windows, and then mini blinds and drapes,” Hornback said. “You need to close the blinds and pull the curtains at night, so when the sun comes up, it’s not heating the unit up.”

Though it may seem like a feeble attempt at keeping cool, it may be more cost-effective than buying an air conditioning unit that you will only use for three months. That decision is up to you.

“Luckily I live in the basement so it’s been cold, but I’m just drinking lots of water,” Long said. “We’ve been staying inside when it is really hot.”

If we do want to make a major change, however, residence halls on the WSU campus might be the best place to start.

Many out-of-state students from hotter climates like California, Arizona or Texas would be used to having air conditioning. If these students were to set that expectation in their residence halls during their first years at school, the expectation may continue into their renting practices later.

Supply and demand is the constant here. If we want to make a change, students need to ask for amenities like air conditioning in their residence halls.

And until these changes are made, use these tips to stay cool. This summer is only going to get hotter!