‘A Discovery of Witches’ is intellectual’s ‘Twilight’

Magic, vampires, forbidden love, academia – ‘A Discovery of Witches’ has it all 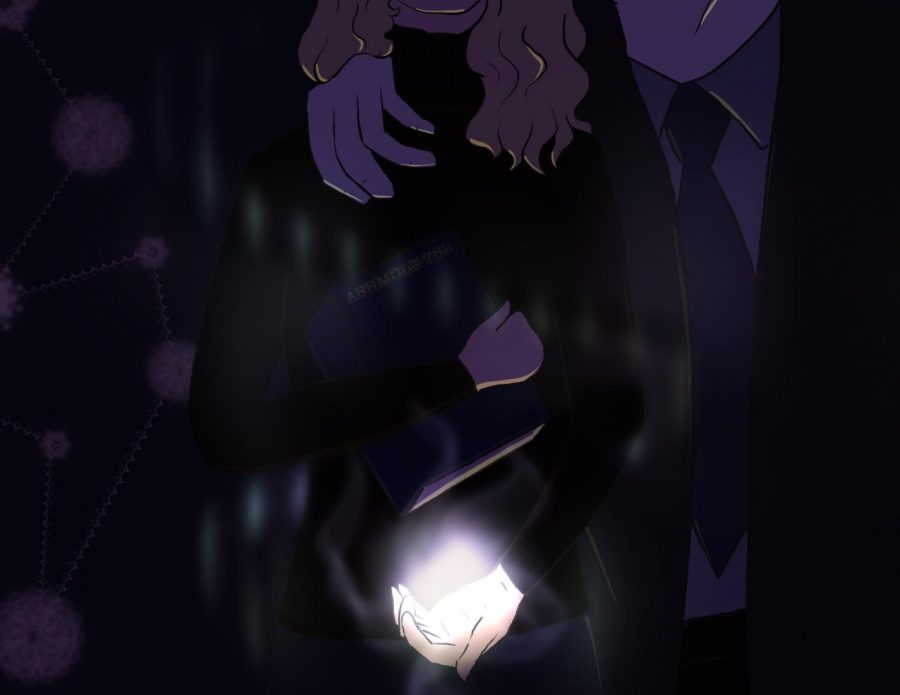 Although it has a slow start, once you get into the passionate romance and thrilling, high-stakes adventure, this book is hard to put down.

Deborah Harkness’ novel “A Discovery of Witches” begins when historian (and witch) Diana Bishop comes across a very old book while doing research in an Oxford University library.

However, Diana quickly realizes the book has a protective enchantment over it. Having sworn off magic almost completely, Diana does as any book lover would do with a book they did not want — she returns it.

Little does Diana know, that book held knowledge with the potential to uncover the secrets of life as she knows it and her rediscovery of it in the library will set off a chain of events that will take her on an adventure through time itself.

Unfortunately for readers, this adventure takes its sweet time to kick off.

The book’s slow start is nearly made up for by the introduction of the brooding Matthew Clairmont, a brilliant geneticist, Diana’s colleague and a 500-year-old vampire.

Matthew is one of the many witches, vampires and daemons who were drawn to Oxford when Diana found the enchanted book, but he quickly finds himself drawn to something else entirely — Diana.

Matthew and Diana are a fantastic duo to follow through a book.

They have excellent chemistry in every regard, as colleagues, friends and even as forbidden lovers. Their frequent intellectual banter is enjoyable, but grounded.

However, they are very much an unrealistic depiction of a healthy relationship. They are utterly devoted and ready to die for each other within a month.

Matthew is also protective to the point of being controlling and his behaviors are often sort of brushed off as being part of his “nature” as a vampire, which can get annoying.

Luckily, Diana is a modern woman who maintains her own agency. Even if Matthew is dominant and protective by “nature,” she does not let herself get pushed to the side and ensures she is treated as an equal.

“A Discovery of Witches” is truly beautiful in this way, as it simultaneously caters to the demographic whose guilty pleasure is over-devoted, semi-toxic relationships and the demographic who is into romances involving a strong, powerful woman and a man who is absolutely whipped for her.

Besides its slow start, the only other primary critique I have of “A Discovery of Witches” is the intellectualism. The novel is thoroughly researched to the extreme, almost to the point that it comes off as pretentious.

This does get easier to bear once you remember that the book’s two protagonists are a 500-year-old vampire who has devoted his long life to science and an academic prodigy who started college at fourteen — of course they are going to be coming off as pretentious.

At its core, “A Discovery of Witches” is actually a love story between two nerdy professors. When you read it with this sentiment in mind, what was once pretentious becomes charming and adds an element of sophistication to this story about two incredibly huge nerds.

“A Discovery of Witches” was published in 2011, right in the middle of the age of vampire hype that came with Stephenie Meyer’s “Twilight” in 2005, but it is unlike any other vampire romance story on the market.

The female protagonist is not submissive, nor is her main personality trait her devotion to her brooding vampire boyfriend. Diana Bishop is witty and intelligent, and her narration keeps the plot dynamic and engaging.

Furthermore, although I criticize the intellectual aspect of the book, I have to say that it is interwoven into the book in a completely genius way. It is critical to the lore, which is extensive and fascinating, and the scientific basis adds an element of realism that makes it even more compelling.

Taking all these components and placing them against the dark academic backdrop of Oxford University makes “A Discovery of Witches” one of the most unique stories of its type.

Once you get past its slow start, “A Discovery of Witches” is a nonstop tale of magic and science that touches on themes concerning the purpose of life itself, intermixed with a spicy forbidden love story. It truly has something for every lover of fantasy romance.