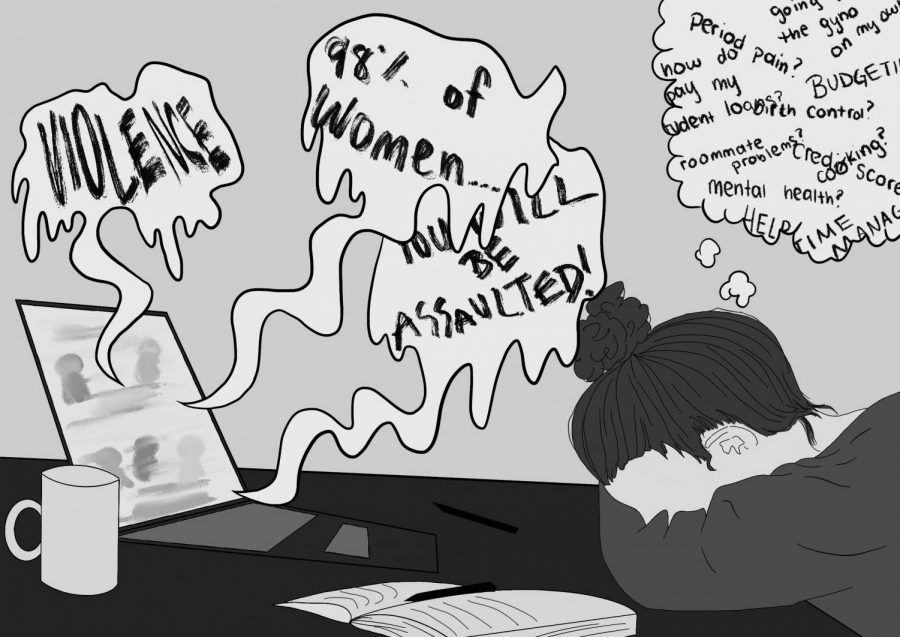 While the work Count on Cougs is doing with violence intervention is positive and important, it sadly does not get a chance to address the core of the issue, which has to do with systemic and internalized sexism.

Editor’s note: This article contains content that may be senstive to some readers; it includes topics such as domestic violence. Due to extenuating circumstances, a source and any information provided by them that was originally published in this column has been removed.

WSU’s fall 2020 freshman class was the first class to experience the brand new Count on Cougs program at its online Alive orientation.

According to Cougar Health Services, Count on Cougs is a gender-based violence prevention program that works to empower bystanders to recognize and intervene in potentially dangerous situations.

Another priority for Count on Cougs was getting students involved in their education, which led to the creation of four student facilitator positions in the spring of 2021.

The importance of violence prevention is another major reason students want to be involved in the program.

The information is also relevant for more than just WSU Pullman students, and program facilitators have worked hard to make Count on Cougs accessible to all members of the Cougar community.

This October, for domestic violence awareness month, they have sessions specifically created for staff and faculty members, graduate professional students and undergraduate students, whether first or fourth year. They also have one for Global Campus students to attend, as well as anyone from other WSU campuses, Ellsworth said.

What Count on Cougs has accomplished and improved in just a year is impressive, especially considering the program was implemented during a year that was taught completely online. However, there is always more to do.

For instance, safety is about more than just violence prevention. Safety also encompasses understanding finances, knowing how to navigate interpersonal interactions, and knowing how to nourish yourself mentally and physically.

Many new college students arrive on campuses with limited, if any, knowledge of these things.

At WSU, there are numerous resources for students struggling with these. Unfortunately, they are often only used as a last resort.

Students (and anyone else who needs it) should not have to meet their edge before seeking help.

Alive orientations are often busy enough, so instead of introducing new orientation programs like Count on Cougs, there should be a mandatory course added to core classes that teaches students all aspects of personal health and safety.

The course would cover financial health and safety, tips for navigating personal (platonic and romantic) and workplace relationships, recognizing the signs of deteriorating mental health and addressing them before they become too severe, and even elements of sex education.

In tandem with a class regarding personal health and safety, it would also be advantageous to put more weight into programs teaching health and safety in larger social contexts. Many already exist, such as Sexual Learning Ultimately Tailored Students, Teachers, Residents, Uniting Today, but according to some students, they do not receive enough funding or promotion from the university.

While the work Count on Cougs is doing with violence intervention is positive and important, it sadly does not get a chance to address the core of the issue, which has to do with systemic and internalized sexism.

Safety education is complex and impossible to encapsulate in a single college orientation, much less an hour-long program. Teaching personal health and safety, as well as the larger social reasons why safety is more difficult for certain demographics, is just as important as teaching violence prevention and intervention.

In the future, it would be fantastic to see teaching these other aspects of health and safety become a higher priority for WSU.