Organization hopes to be more helpful to students, provide opportunities after graduation 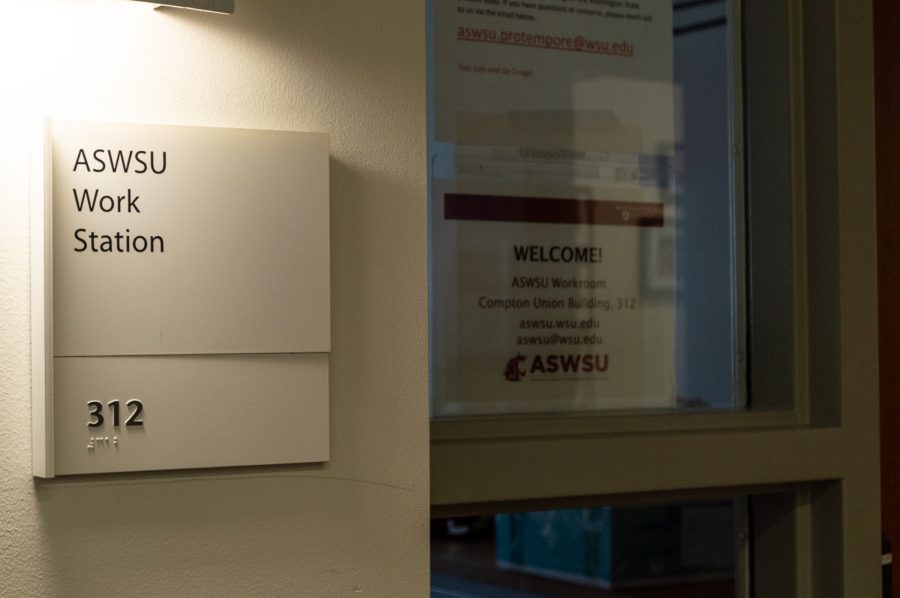 Students with questions about ASWSU can visit room 314 in the Compton Union Building.

ASWSU wants to support students’ mental health as they transition back to an in-person experience.

ASWSU is WSU’s student government body, similar to those seen in high schools, ASWSU President Brian Patrick said. It represents every undergraduate student at WSU, and its members are here to serve.

The organization works closely with the administration at WSU, Patrick said.

“A lot of the time, we’re the student voices in those conversations about different topics,” he said. “If you need help finding a resource, we’re here for you.”

ASWSU Vice President Alexander Pan said they work on projects that benefit students and fit their needs and work with university administration to solve issues that arise on campus.

Patrick said it is beneficial to get involved with ASWSU because it provides a good community for students who are interested.

Students are able to surround themselves with people who have a similar passion at ASWSU, he said.

ASWSU also opens up good opportunities after college, Patrick said. ASWSU gives members something to complete their resumes. It also gives people something to talk about other than their degrees.

Pan said being involved in ASWSU provides connections and leadership skills in a school and professional setting.

“You get to meet with different people within the university,” he said. “Brian and I got to meet with President Schulz and all of his vice presidents, as well as the provost. So it’s awesome to really get the inside scoop and knowledge from them.”

Patrick said the transition from online to in-person is going to feel weird because people have not seen what ASWSU looks like in two years, and he is trying to make sure students know ASWSU members have their back.

“We have an amazing staff, amazing people, and this year, we’re trying to get closer with students. At the end of the day we’re all Cougs,” he said.

Pan said transitioning to in-person again is going to be exciting but difficult.

Everyone has been itching to get a sense of normalcy, but getting to that point again will be hard because we have spent over a year on Zoom, he said.

Pan said he wants to bring in more mental health awareness as well as helping students find their way around campus.

“We have two and a half years of students who have never really been on campus,” he said. “It’s really just a new start for us to rebrand ASWSU.”

“If they have a problem that they see on campus or an idea that they have on campus … know [they] can go to ASWSU with this issue, and we can make something out of it,” Pan said.

Patrick said there will be times when students will not agree with WSU administrative actions. If students feel passionately against something, ASWSU will fight for students and have their backs.

“We’re going to have our ups and downs throughout the year,” he said. “But we have the right people working on it.”

Some organizations at WSU have said ASWSU has not been helpful to students in the past, and Patrick said he wants to change that narrative this year.

If students want to get involved in ASWSU, they can go to the ASWSU website and find the “Get Involved” page, Patrick said. The page lists multiple people and their contact information, including Patrick’s.

“We have a legislative affairs team, so if you have a passion for that,” he said, “feel free to reach out to them, health safety, whatever you’re really interested in. There are different ways to get involved.

The ASWSU office is in the Compton Union Building in room 314, so if students have questions, they can go up there, Patrick said.