‘I want to be known as one of the greats’

From Texas to Wisconsin to the Palouse, Nakia Watson's path to Pullman has been eventful to say the least 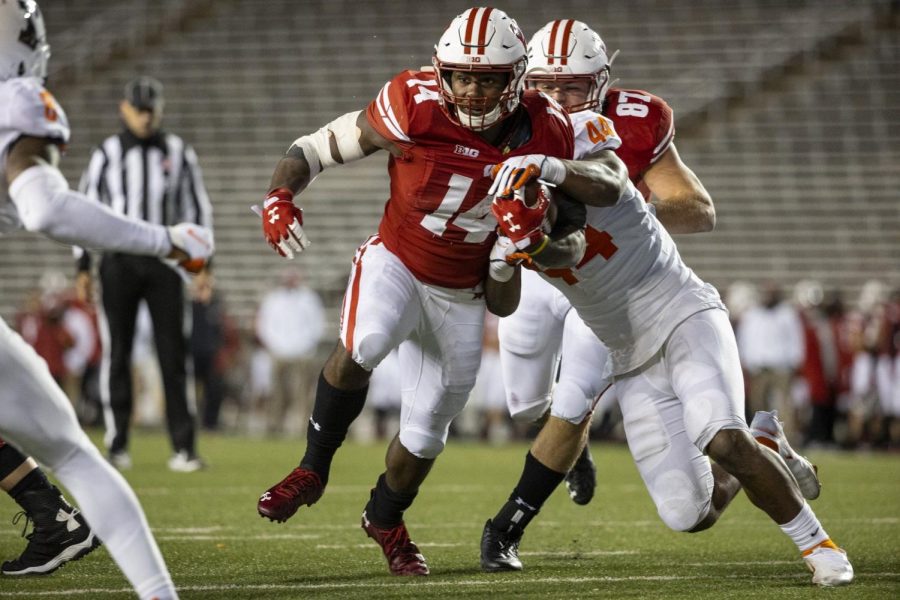 Redshirt junior Nakia Watson has spent his college career chasing the greatest and best the world has to offer him.

The oldest son of four children and a self-described “mama’s boy,” Watson grew up in Austin, Texas, as the de facto man of the house after his father left. This put him in a position to have to fend for his mother and older sister, with two younger siblings still to come. He developed a close relationship with his mother as a result.

Watson’s mother taught him to be independent at a young age, and he often looked after the house in her stead, keeping things in check with her instruction.

“My mom taught me how to do the basic masculine things and step up to the plate,” he said. “It also helped me treat women the right way because my mom wasn’t treated the way she was supposed to be treated, the way I think she should have been treated.”

Since then, Watson has made it his mission to give his family a better life.

“Everything I do is not only for her [my mother], but for my siblings, too,” he said. “She always made sure she did what was best for me … so it’s only right for me to do the same for her.”

To that end, Watson set out to provide for his family through football. His combination of natural athleticism and work ethic made him a Texas high school football star and a four-star recruit with at least five scholarship offers.

He ultimately chose the Wisconsin Badgers to follow in the footsteps of giants like Ron Dayne, Melvin Gordon and James White. While he was there, he had the chance to learn from another Badger legend: Jonathan Taylor, Heisman trophy winner and current Indianapolis Colts’ halfback.

“He’s a great guy on and off the field,” Watson said. “When I was young there [at Wisconsin], he would always tell me, ‘If you’re going to mess up, then mess up at a hundred miles per hour.’”

Taylor’s lesson was one Watson learned to apply universally. Whether on the football field, in the classroom or anywhere else, he sought to put everything he had into whatever he was doing, Watson said.

Wisconsin started overflowing with talented halfbacks as a result of the extra year of eligibility and did not have the space to keep all of them. Watson made the decision to enter the transfer portal, and the decision took him to the Palouse.

Watson said the other Cougar halfbacks expedited his transition between Wisconsin and WSU, helping him learn the playbook and being there to answer questions that came up.

As a result, Watson had a brilliant fall training camp. He has run with the power of a freight train and shown acceleration in close quarters that rivals many smaller halfbacks. Coaches have taken note of his tough running style and tirelessness as well.

Watson has three years of eligibility left, and he is often left out of the discussion when talking about WSU’s halfbacks. He is commonly referred to more as a depth or future piece of the Cougar offense, which is understandable on a team whose halfbacks have averaged over six yards per carry for the last two seasons.

To those in the know, Watson has likely outstripped that label. He is the biggest, strongest runner the Cougars have and has played as well as anyone on the WSU roster since he arrived.

“I want to be known as one of the greats — kind of like Max. Everyone knows who Max Borghi is … so that’s kind of what I want my legacy to be like,” he said.

Watson will have to fight for every carry this season. NFL scouts have been lining up in droves to see Borghi during camp. Deon McIntosh is no slouch, either, having matched Borghi’s career yards per carry last season. It stands to reason that Watson is the imminent future of the Cougs’ offense, though. And for Nakia Watson, that alone is reason to smile.

“I got braces when I was in ninth grade,” he said. “And my mom was like, ‘I paid so much money for those teeth, so you’d better show them off.”

If Watson lives up to the promise he has shown thus far, Coug fans would do well to get used to that smile.