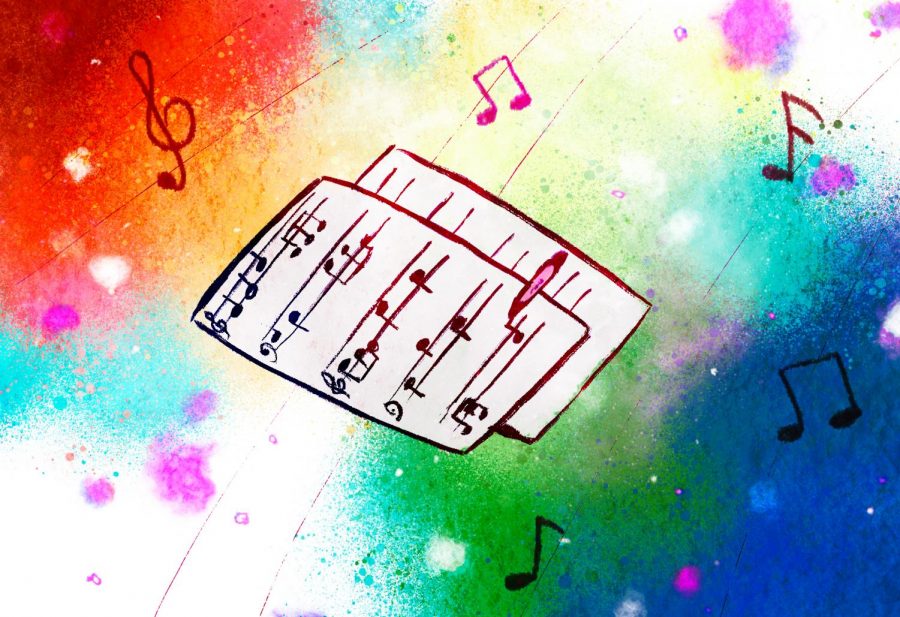 Nguyen arranged music for 3-4 hours every day when working on his submission project.

Life is best enjoyed when doing something you love. For Truong-Son Nguyen, he makes it a point to not completely center his life around school and work, taking time most days to indulge in his lively passion and hobby — music.

Nguyen, fourth-year doctoral student in the WSU chemistry department, carves time out from his school days to have fun remixing video game music and rearranging other songs he enjoys. He also has released a few productions available on SoundCloud and Bandcamp, such as “Timeless Reflection.”

One of his recent works, “Memory” from the movie “Cats,” was arranged in a style unique to Nguyen.

Taking him about three weeks to complete the project, Nguyen spent an average of 3 to 4 hours a day arranging music. Ringing with an airy and dreamy ambiance, the arrangement plays a familiar sound while still encapsulating Nguyen’s feelings of optimism found in nostalgia.

“I have been arranging a lot of video game music recently, and you know I haven’t done a lot of arranging of popular music,” Nguyen said. “So I kind of figured, since it was something I knew a lot from my childhood, as well as choir classes in high school, that I should give it a try. The song ‘Memory’ was one we sang in my choir class back then.”

Featured in WSU LandEscapes in April, Nguyen’s arrangement of “Memory” was posted via QR code in the published journal as well as on the LandEscapes Journal Youtube. LandEscapes Editor-in-Chief Allyson Pang said the song was chosen from music submissions that fit the journal’s theme: “art does not disappear with tragedy, it still blooms.”

“We all really liked the song and we thought it would be cool to add to the journal,” Pang said. “I really enjoyed the arrangement Truong-Son Nguyen did, and it’s cool to see this type of music.”

Consistently creating new video game arrangements, Nguyen likes to upload his remixes to an online community that shares his type of music; the site’s name is ocremix.org. He has gained support and advice on his work, as well as seen different and unique takes on arrangements through this site. Nguyen said the platform is often free of judgment and accepts wild variations of music.

During his early youth, his mom had him take piano lessons, which led to his passion for creating music. Later, in 11th grade, a friend recommended trying to remix or arrange a song from “Castlevania.” After giving it a go, Nguyen posted it to ocremix.org and advice started flooding in about how to make even better music.

“That feedback just had me inspired,” Nguyen said.” I got the train rolling after my friend suggested it and then got advice for my work. Eventually, it got me interested in writing better and better arrangements.”

One of Nguyen’s favorite pieces he made was an arrangement of “Here Comes the Sun” by the Beatles. This work is inspired by his older sister, who got him into music. The original playlist she made for him includes a few Beatles’ songs that began to form his intrigue for music. Since then, the band has had a special place in his heart and memories and is something he looks back on fondly.

Although Nguyen plans to continue his hobby and passion for music, it will not be at the forefront of his career. Instead, Nguyen said he hopes to continue creating and arranging the music he loves alongside his daily life rather than making music his focus. However, he still hopes more people express an interest in the genre and style of music he so happily creates.