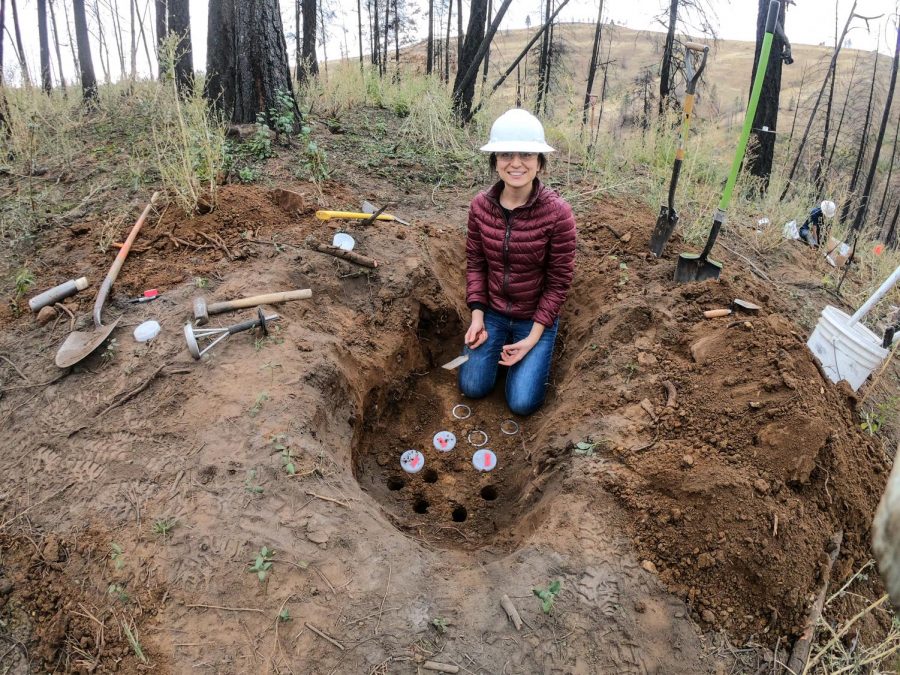 A WSU researcher received a $567,113 grant from the National Science Foundation to study the mechanisms that cause landslides after a wildfire occurs.

Landslides can occur at varying times after a wildfire, either immediately or years later, said Idil Akin, WSU Voiland College of Engineering and Architecture professor of geotechnical engineering.

It is not known if landslides that occur years after a wildfire are caused by the fire or other possible factors, Akin said. But when a wildfire causes trees to burn away from a hillside, the land is less stable.

“In our region, after the wildfires, those landslides are becoming more and more of an issue,” she said.

Akin will specifically study how wildfires affect a hillside’s soil behavior. She has been interested in soil mechanics since the beginning of her graduate studies. For this study, she is working with graduate students, the RAPID Natural Hazards Research Center at University of Washington and the Rocky Mountain Research Station in Moscow, Idaho. The research will take place 2022-26.

Akin said her research will be conducted in the field and in the lab. She and other researchers will collect soil from hillsides that have been affected by wildfires. They will install sensors in the soil that will continuously take data with a data logger, tracking soil properties over time.

“There will be new trees coming up. There’s the wildfire ash that was on the surface in the beginning, it’s gonna move. The roots may decay over time,” she said.

The researchers will also take periodic aerial images of the hillside by using a device similar to a drone. With those images, the researchers can use different image analysis techniques to theoretically change the properties of the slope, like removing the vegetation.

Akin said she is waiting until a wildfire actually occurs before she takes measurements. The researchers need to find a location that is relatively close to WSU. The location also needs to be close to a road because they will be handling heavy equipment.

The testing site needs to have soil that is not extremely rocky because the mechanisms that determine rockfalls are different from those that determine landslides, Akin said.

The goal is to have a model that will show how susceptible a forest is to a landslide, how a forest changes after a wildfire and how soil changes as a result of fire and saturation in a single cohesive model, Akin said.

The research will eventually show how the dynamic changes in the forest environment affects the stability of a slope and the timeline in which that occurs, Akin said. Landslides may occur mid-research and that would be the most direct way of finding out how frequently landslides occur.

“You want to know fundamentally what’s changing in soil behavior and that will tell us when the slope is going to be stable or less stable,” Akin said.

Editor’s Note: A quote in this article has been corrected; ash will move when new trees grow.