Blaze started in one structure, spread to surround wildlands 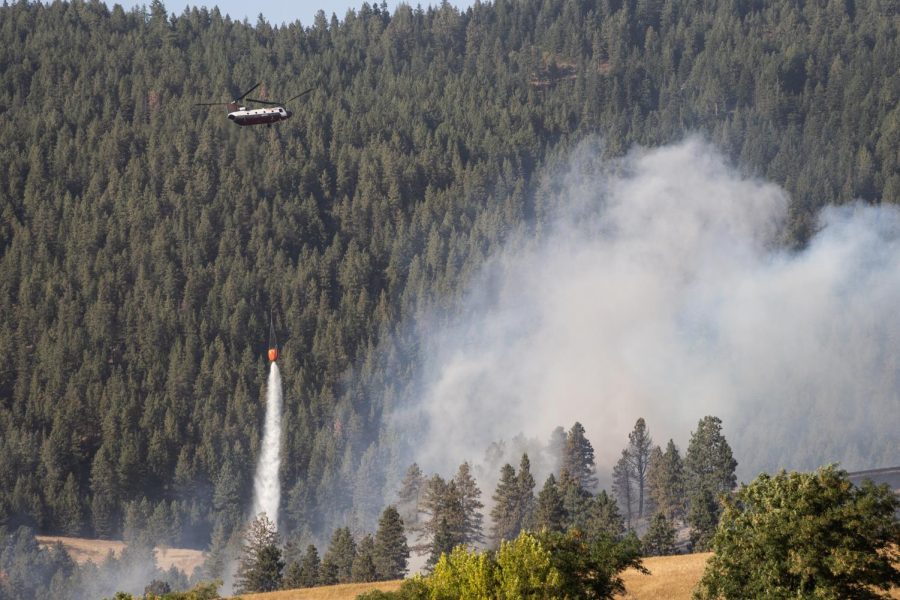 *Editor’s note: This article has been corrected to show a discarded cigarette did not start the Idler Fire.

On Monday afternoon, a wildfire ignited 5 miles northeast of Moscow, Idaho. The fire started in a barn and quickly spread to nearby trees and grass.

The City of Moscow issued Level 3 evacuation orders around 4 p.m. Monday for community members around Idlers Rest Road, urging them to leave immediately, according to the Idaho Department of Lands website. Multiple families around the area parked on nearby hills to watch as firefighters tried to contain the blaze.

The fire devastated one structure with others in danger. The affected area is estimated to be around 150 acres. Firefighters managed to create a perimeter around the fire and are still fighting the flames, according to the website.