Cougar Football Saturdays are back

WSU fans return to Pullman after no fans in stands in 2020; Martin Stadium set for full-capacity opener 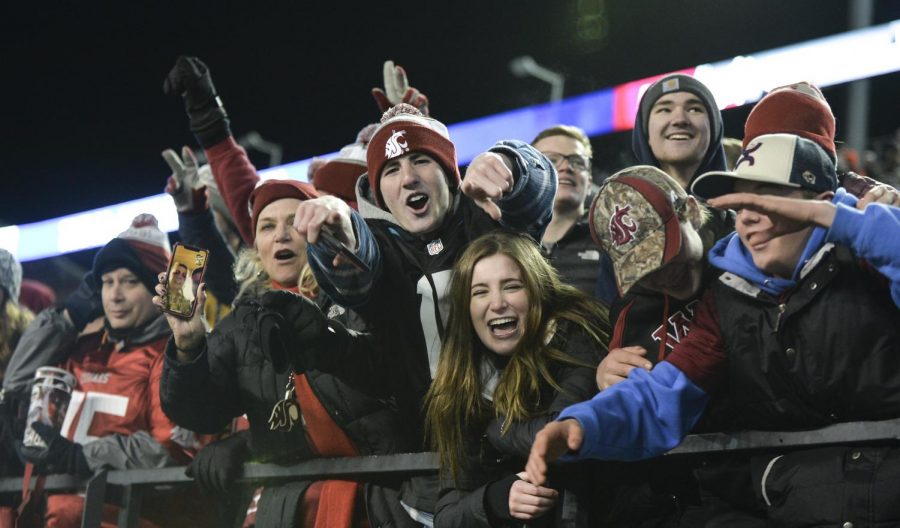 This Saturday marks the first Cougar Football Saturday in 651 days.

Students will be able to sing “Back Home” by Andy Grammer after the first quarter, they will be able to hear “and that’s another Cougar first down” with the growl at the end, and the fight song will be sung with pride for the first time in one year, nine months and 13 days.

The last time there was a CFS in Pullman, it was a cold November night in 2019 against Oregon State, just days before Thanksgiving.

Cougars were down 53-48 with just 4 seconds remaining in the game, former WSU quarterback Anthony Gordon in shotgun formation with now-senior runningback Max Borghi in the backfield beside him. WSU is on the 2-yard line of Oregon State, just 2 yards away from winning this game.

The handoff goes to Borghi, he goes up the gap, the blockers are in front, and all of a sudden, with 1 second remaining, the Cougars have a 54-53 lead.

The students start to go crazy, everyone is cheering, and WSU did the improbable, coming back down 53-42 with 4:17 left in the game.

The crowd at Gesa Field at Martin Stadium roared in excitement as the Cougars became bowl eligible for another consecutive season, going 6-5 heading into the Apple Cup, even though we know how the Apple Cup ended.

Fast-forward to 2020, and the COVID-19 pandemic hits: no sports, no Pac-12 football and no fans going to the games.

The Pac-12 would eventually go back to a modified and shortened schedule for 2020.

In that season, WSU only had one home game against Oregon back on Nov. 14, 2020, and the stadium was empty.

No fans, no noise, just cardboard cutouts, football players and people in the press box.

Martin Stadium was a ghost town.

The Cougars ended that season 1-3, with three canceled games against California, Stanford and Washington, meaning no Apple Cup and no winning season.

Even in the one home game WSU had, they had a 19-14 lead against a ranked Oregon Ducks team. Without any fans in attendance, the Cougars showed out and put on a show … for one half.

The second-half collapse was a constant theme for this WSU team the previous year, having a 28-7 lead against Utah in the final game of the season for the Cougars before going on to lose 45-28 on the road.

So that was a complete disaster.

After a rocky 2019 season and a disappointing 2020 season, what does this mean for the 2021 season starting Saturday? Are the fans going to return, even after the disappointment?

Saturdays in Pullman are a special day for all Cougars, whether you are a student, alum, faculty member or just visiting the town for the first time. People light up the streets, hearing a “Go Cougs” from across the bar, the street or even at the stadium.

With 100 percent capacity, students, die-hard Coug fans and everyone else will fill those seats at Gesa Field at Martin Stadium.

But the return of CFS would not be complete without the pregame festivities, the tailgate at Hollingberry Fieldhouse, the RVs parked next to the baseball field and the Cougar Marching Band filling the streets on campus with the fight song and chants played in the game.

Martin Stadium, right in the middle of campus, fits a total of 32,952 people, with half of the capacity going to the students and the other half going to Coug fans from around the world.

Football is back. WSU is back. CFS is back.