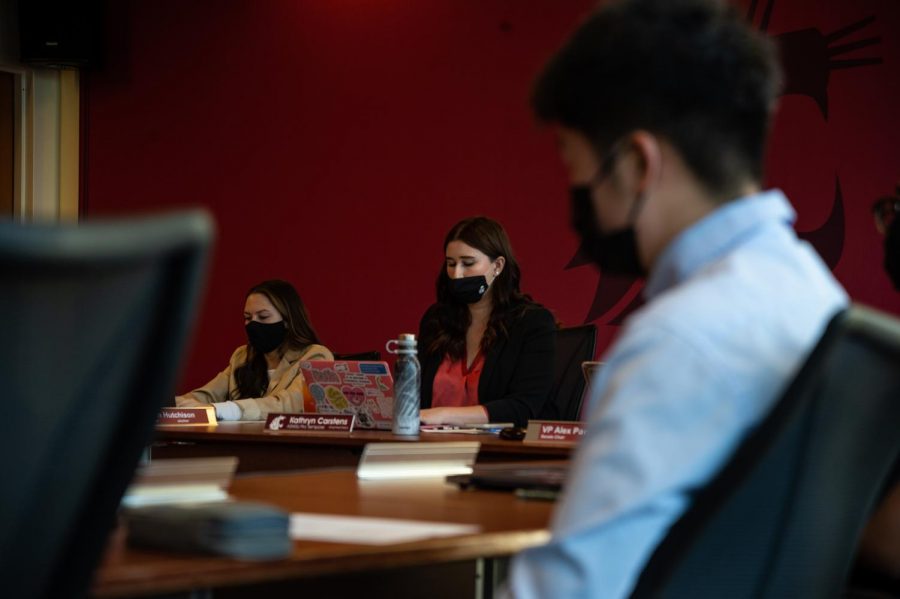 Jenna Fitzgerald, senior philosophy pre-law major, was voted in as director of diversity, equity, and veteran affairs. Fitzgerald held the same position last year and did not re-apply previously because of plans that have since been canceled.

Fitzgerald said she fell in love with her position during her time with ASWSU and hopes to continue working toward repairing relationships with multicultural groups on campus.

“A lot of organizations underneath the multicultural, [Multicultural Student Services] area aren’t necessarily broken but definitely need to be stronger,” she said.

Fitzgerald will continue meeting with presidents of multicultural groups biweekly. She said she hopes to build stronger connections with those presidents to ensure they know ASWU is supporting them.

Fitzgerald would like to host monthly events with different organizations, such as collaborating with the Women*s Center during October for Breast Cancer Awareness Month. Her primary goal for veteran affairs is to continue supporting veterans through whatever is needed.

Diego Lopez was voted in as deputy director of legislative affairs. Lopez is aware his background in Interfraternity Council has the potential to create bias, but he said he believes in being part of something larger than just the Greek community.

“ASWSU covers the entire undergraduate population with a plethora of resources,” he said. “I was lucky enough to hear about ASWSU my sophomore year and found it essential to students’ lives here at WSU.”

Lopez’s goal is to ensure he pushes to provide students with the resources they need and to continue fostering relationships with organizations on campus, such as the Multicultural Greek Council or Gender Identity/Expression and Sexual Orientation Resource Center.

“I want to be able to represent different ethnicities, languages and cultures of undergraduates at WSU so they feel like they have a place to call home,” Lopez said.

Fatimah Albaqshi, senior biology and business management major, was voted in as director of community affairs. A Pullman resident, Albaqshi said it would be an honor to represent ASWSU at city council and chamber of commerce meetings. She hopes to expand community service beyond what it already is and possibly start a donation drive for those in need.

Albaqshi said she believes her employment experience has prepared her to take on the position and her skills as a leader would make her a good fit for ASWSU.

Senators discussed current plans for the semester, including getting rid of single-use plastic on campus, increasing access to menstrual products specifically in residence halls and preventing sexual assault on campus.

ASWSU President Brian Patrick and ASWSU Vice President Alexander Pan met with the Student Veterans Committee this week to discuss its lack of staff. The committee has one adviser for 800 student veterans, Pan said.

SVC has been unable to set up meetings with university officials, but Patrick and Pan will discuss its situation soon with WSU President Kirk Shulz and WSU Provost Elizabeth Chilton.

More information and open positions can be found on the ASWSU website.