Duo confronts scammers at their own front door, helps victims 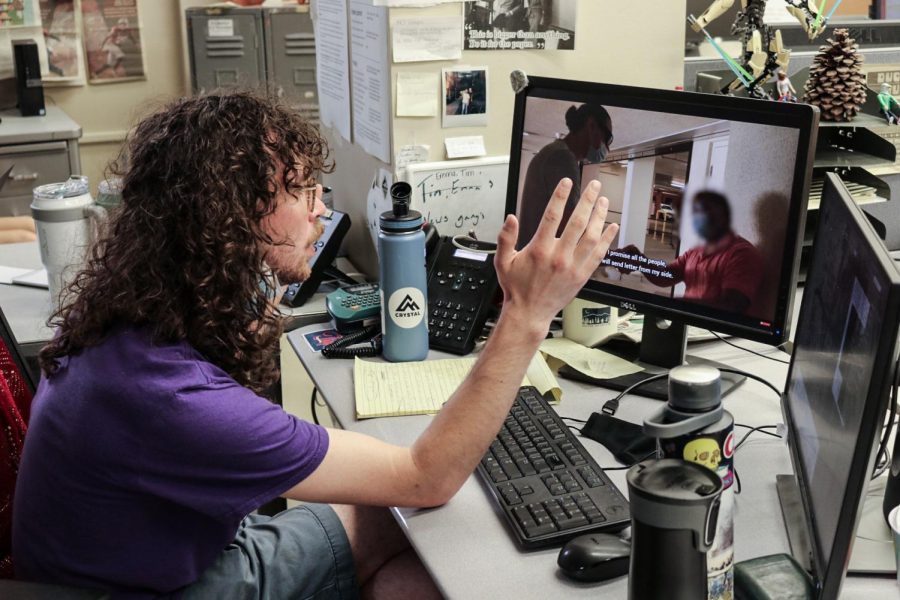 Trilogy Media is a YouTube channel that stars two scam busters, Ashton Bingham and Art Kulik. They waste scammers’ time, help those who have been scammed and work toward addressing scams like the IRS scam, Microsoft Support scam, and most recently, the refund scam.

The refund scam has so many layers to it, and Trilogy Media has decided to take it on. A scammer calls a victim, saying they will “refund” a certain amount into the victim’s bank account. In order to do this, the scammer needs access to the victim’s computer with the bank account pulled up.

Once the victim gives the scammer access to their computer with their bank account pulled up, the scammer will darken the screen. The victim is told that the computer is updating, but the scammer is transferring money from the person’s savings account to their checking account. The amount transferred is higher than the agreed-upon refund price.

The scammer then brightens the screen again and acts like they accidentally refunded them too much money and wants the victim to send them the “extra” money through cash, a check or gift cards. This amount can be hundreds and sometimes even thousands.

Bingham and Kulik create 20- to 55-minute videos trying to uncover what happens after the money gets sent. They work with another scam-busting YouTuber named ScammerPayback that deals with the “getting scammed” part, and then Trilogy Media does the rest.

The scammer expects a package with money to be sent, so ScammerPayback sends an empty box to the address and Trilogy Media drives to that address to confront the person.

After these lower people receive the money, they’re supposed to send it to someone else who may be another lower-level person or it could be the big boss that’s running the scam. These lower-level people are the ones Trilogy Media confront.

The videos begin with Bingham and Kulik going over the scam and their plan of attack. They also discuss any challenges they may face while confronting the lower-level person that’s getting the money.

One time, they had to figure out how to get into a gated community with a security code. They drive to the home where the money is supposed to be sent and knock on the door. Someone then comes outside, and Trilogy Media asks if they are expecting a package with a certain name.

If the lower-level person says they are expecting the package, then they begin to interrogate them about the scam. This is the most interesting part and keeps me on the edge of my seat. In addition to questioning the lower-level person, Trilogy Media also works toward getting any info they can on the big boss.

The only part of this channel that I don’t like is that it seems like the same thing happens every time they interrogate the lower-level person. They get there, the person verifies the package is theirs and Trilogy Media tells the person they are helping a criminal. Then questions are asked, the person tries to dodge and deny the questions and it rarely ends with Bingham and Kulik getting any info on the big boss.

It’s super interesting to watch but does sometimes get a little redundant.

Besides that, I love everything else about this channel. My favorite part is how  Trilogy Media wants to help people. They help the public every day by wasting scammers’ time, providing info about how to spot a scam and helping some people that have been negatively impacted by scamming.

One victim of the refund scam lost $30,000 and was sucked into the scam for two years. She was financially struggling as she was only receiving a pension and social security. Trilogy Media created a GoFundMe for her. The GoFundMe raised $48,070 and the victim was able to get back on her feet.

A scammer named Markissimo wanted to stop being a scammer but didn’t have the funds to quit. Trilogy Media set up a GoFundMe that raised $6,707. This was enough money for him to quit, and he was able to start his own business by buying a desktop, two printers, a camera, and a workspace. If it wasn’t for the GoFundMe, he wouldn’t have been able to quit.

This channel keeps me on my toes and I always get super excited whenever they release a new video. Most of all, I love how genuine they are about wanting to help people. It restores my faith in humanity to know that good people are out there. They are also incredibly entertaining. When you get some free time, check out Trilogy Media on YouTube.