Sprinkle in some stats 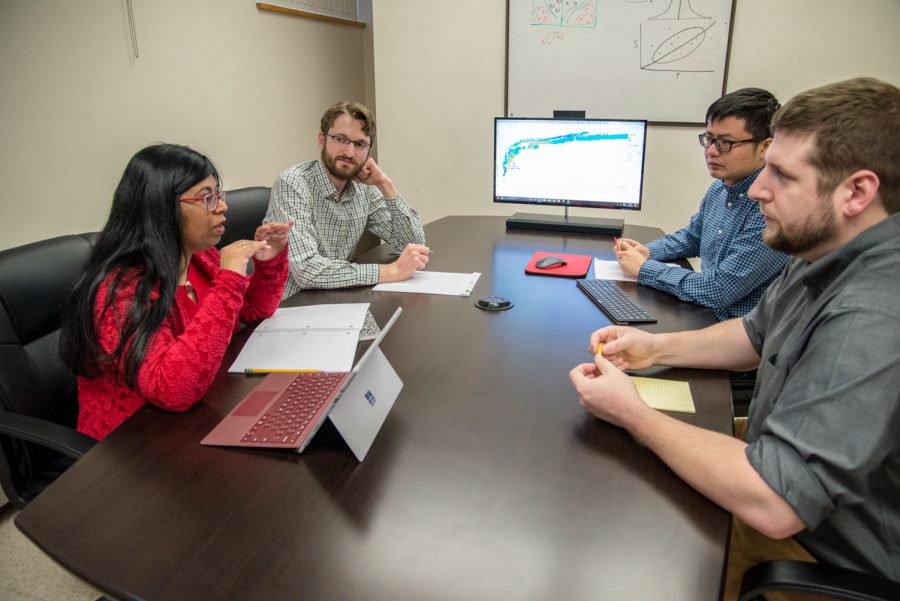 CISER offers three services for faculty members and graduate students doing research at WSU, CISER Director Jave Pascual said. In collaboration, a CISER statistician could cooperate with a researcher for statistical analyses, potentially leading to co-authorship on a publication. Statisticians are also available for hourly consulting where researchers send data to the statistician for analysis.

A third option called engaged learning is what makes CISER stand out — a CISER statistician will help the researcher learn the appropriate statistical methods to analyze their data, Pascual said.

“It’s a more meaningful, in-depth type of learning for the researcher,” he said. “It’s not just consulting; it’s learning on the part of the researcher.”

Stakeholders — various colleges and departments across the university — give money to CISER for these services. As a result, faculty members in these stakeholder departments have access to statistical help from CISER’s pool of experts.

After the Great Recession in 2008, several departments were rearranged, and statistics was combined with mathematics. This made it harder for faculty members in CAHNRS to access statistical help. A committee established CISER in 2014 because there was a clear need for statistical assistance at WSU, said Jan Dasgupta, former CISER director and professor of mathematics and statistics.

CISER’s reach expands across multiple areas of study, Pascual said. Among their many projects, statisticians are currently researching blueberry and cherry hardiness in cold weather, drug transport in the kidney and a soil health initiative.

“You continuously try to improve the way you do things,” he said, “and how do you determine whether or not a new method is actually an improvement? Well, you need to do some statistical analysis to do that.”

One of CISER’s main goals is to determine whether results are caused by random chance or by a researcher manipulating a variable, Pascual said.

CISER statisticians do a lot of background research to learn about the project they will be involved in, he said.

CISER hosted monthly “communi-tea” events, where statisticians gathered to talk about their different research projects, Dasgupta said. This helped them talk to each other and see what research was happening at WSU.

“Somebody in plant sciences might be using the exact methods or having the exact same data issues as somebody in education, but chances are they wouldn’t talk to each other,” Dasgupta said. “We were trying to become that conduit — that space where people came and drank tea and talked about their problems and maybe increased the interdisciplinarity of ideas on campus.”

Pascual said he has a mathematics background in which he learned a lot of theory. Statistics allowed him to apply that theory to real-world problems.

“It’s very gratifying to see people — the researchers — realize that statistics is an integral part of research,” he said.