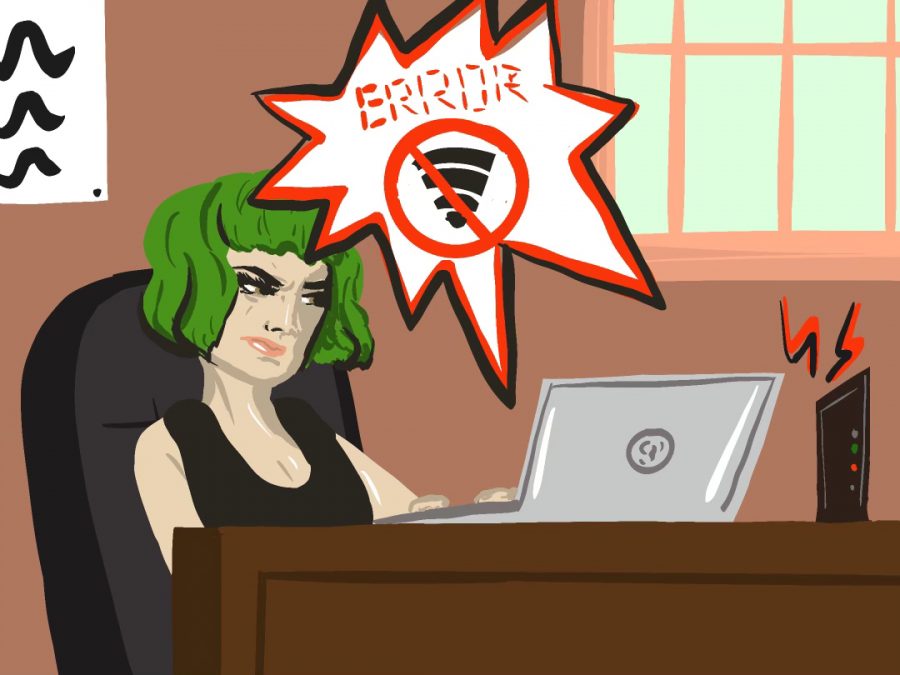 One of the more common Wi-Fi issues students are experiencing is the message, “connected, no internet.” This error tells the user their device is connected to a wireless access point, but the device lacks the details necessary for the internet to work.

Numerous WSU students complained in recent weeks of Wi-Fi latency issues. Information Technology Services said the problem is being addressed but is ongoing.

“The internet is very slow. I’ve especially experienced this with my phone,” freshman psychology major Elakkiya Saravanan said. “That’s a struggle because I use WhatsApp audio because that’s the only way I can reach my Indian family.”

The Wi-Fi latency also affects her studying. Saravanan said it takes around 25 minutes for her to get focused. But as soon as she gets in the zone, the Wi-Fi cuts out. She is not alone in her struggles with WSU’s Wi-Fi. Many students complained since mid-August about latency issues.

ClearPass, a platform that began to show a bug in the wireless infrastructure as more people came to campus, was used to update the networks. ITS is continuing to work on the problem, but Bonner said the issue is mostly handled.

“With so many folks offsite last year, we effectively have two incoming freshmen classes in terms of learning how to connect to the wireless and the layout of the campus and where there is coverage,” Bonner said.

ITS is currently working through complaints submitted by students on the Pullman campus. He said the department looks at each complaint and figures out if the problem is with the device or if there is a central network issue.

One of the more common Wi-Fi issues students are experiencing is the message, “connected, no internet.” This error tells the user their device is connected to a wireless access point, but the device lacks the details necessary for the internet to work, Bonner said.

When students see WSU ResNet Aruba is not working, they should switch to the WSU ResNet Guest Aruba network. The authentication processes for the networks are different though, he said.

Bonner said he asks ITS to keep track of how many complaints the department gets each day. ITS determines how many complaints are device-related and if there are any central themes. Bonner also regularly walks around campus to do latency testing, signal mapping and throughput testing.

Bonner says the biggest thing students can do is submit a complaint ticket to Crimson Service Desk when experiencing tech issues. ITS does not know about an issue until someone reports it.

There are one of three outcomes when issuing a complaint. The first is the issue is device-related. The second is there is an issue with the network, and ITS will have the knowledge to then work on fixing it. The third outcome is there may just be poor coverage where the student is, which is also helpful to ITS.