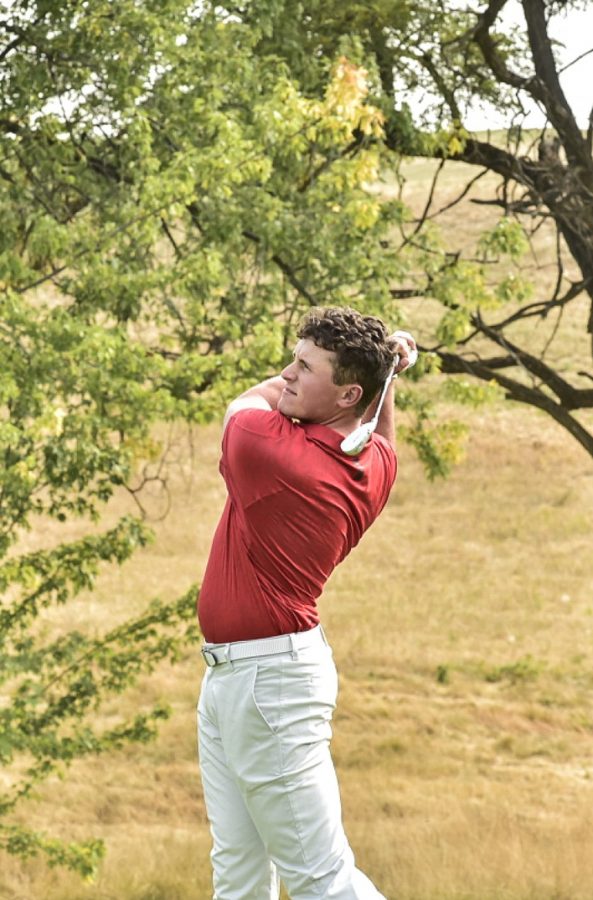 Determination, focus and poise are some of the traits that stick with Max Sekulic. He is currently a rising star here in Pullman, and the ambition he carries for himself and the men’s golf team at WSU is second to none.

Born and raised in Alberta, Canada, Sekulic’s love for golf started at an early age. While his mother had not played much golf, his father did and they both inspired him to love golf, Sekulic said.

“My parents would take me to the golf range 20 minutes near my house,” Sekulic said. “They were really the ones who helped me develop a love for the game of golf.”

Beginning at 13, Sekulic started taking the game of golf more seriously as he earned some tournament victories and began being highly recruited. He said the success he gained after each tournament was noticeable, and that he wanted to get better and better through golf.

Sekulic said the biggest accomplishments in his golf career so far are the wins he captured at the Northwest Open Invitational and the Canadian Men’s Amateur Championship.

“The Canadian Amateur Championship was the one that was most special to me probably,” he said. “You get a lot of recognition within the country for winning and there is a lot of historic names on the trophy.”

While the Canadian Men’s Amateur Championship is the win Sekulic holds with the highest regard, the Northwest Open Invitational also impacted his golf career because it was Sekulic’s first professional win. It helped set the standard for the goals he wants to achieve playing golf.

“I got to do the tournament while being an amateur, so that adds on to encouragement to my game because it shows I can shoot low enough numbers to compete at the game for a living,” Sekulic said.

The success Sekulic earned while playing golf carried him into college. While attending Grand Canyon University, Sekulic left his mark as he competed in nine different tournaments for the Lopes from 2017-19 and achieved a career-best at the 2019 ACU Spring Invitational by placing 13th overall.

As a first-year student, he shot a career-best 68 at the Pacific Invitational, then matched his round-best score at the GCU Invitational.

Sekulic’s recent success includes being a finalist for August Golfer of the Month under the Ben Hogan Award. The Ben Hogan Award is awarded annually to the top male collegiate amateur golfer. For Sekulic, it was the experience of a lifetime.

“To be a finalist for top golfer of the month is really cool,” he said. “For me, it adds on motivation towards my goal for this season and beyond being involved with the game of golf.”

While describing the award, Sekulic said his progress was a factor in his nomination, and that he thinks highly of his competition for the award, including James Piot from Michigan State and Mark Goetz from West Virginia.

“It’s cool to receive that award because my path in golf has been pretty long and at times pretty uncomfortable, so for my work to be recognized among the best is really cool,” he said. “The second thing I thought about are the people who are nominated with me. Those guys are really good players, and one of them [Piot] won the US Amateur Championship, which is the biggest amateur tournament in the world.”

Transferring from Grand Canyon University, Sekulic said he felt that WSU was the school for him because of how it presents new opportunities for him.

“I chose WSU because it’s in the Pac-12 Conference,” he said. “I thought that if I want to play at the professional level and against the best amateurs, I will have to play at the higher level.”

Being an athlete at a Division I school, it is important to have the essentials to make sure you improve each day. Sekulic said having all those elements were important for him to become a better golfer. The coaches at WSU helped build his commitment because of the wisdom they can share with him.

“I also chose WSU because they have all the funding, facilities and access for me to get better,” he said. “Nutrition, a good weight room, a good golf course and a good practice facility, all of those boxes were checked off.”

Sekulic’s goal for the team this year is to win a golf tournament. He believes this team can go to regionals and possibly nationals.

“We have the team to do it and I think we have to do the right things in order to achieve those goals,” Sekulic said.