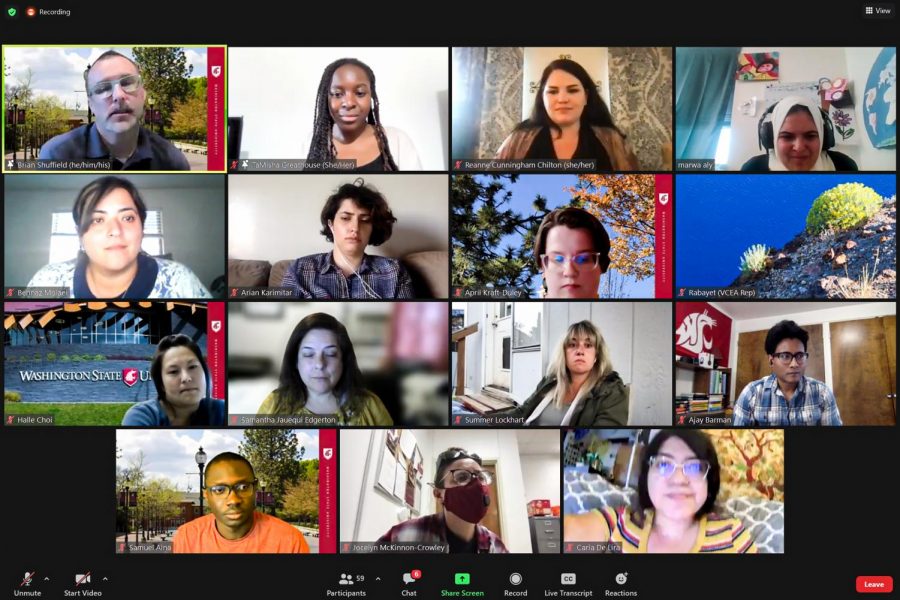 In-person learning has given student organizations, such as ASWSU and GPSA, the opportunity to hold more events than last year. The ability to host in-person events brought a sense of community that many people felt was lacking during the pandemic.

Shuffield said registration for the conference is accessible on the Student Leadership website.

“We have a really excellent national speaker coming,” he said. “There’ll be a number of sessions that students can attend.”

In-person learning has given student organizations, such as ASWSU and GPSA, the opportunity to hold more events than last year, Shuffield said. The ability to host in-person events brought a sense of community that many people felt was lacking during the pandemic.

“Even just … the study center in the library, just having access to some of those spaces again has been really great,” he said. “Activity has resumed and we’re really excited to be moving forward again.”

“We’re kind of still working through all the process and still making some tweaks and adjustments,” he said.

Shuffield said the campus food pantry moved to the ground floor of the CUB. The Center for Civic Engagement has been working on getting the pantry up and running in the new location.

Along with the food pantry, CCE has opportunities for graduate students to get involved through four grad assistantships and two full-time AmeriCorps positions, he said.

Tamisha Greathouse, Student Involvement associate director, said another way to get involved on campus is by being part of the Student Entertainment Board.

Greathouse said SEB consists of 10 students who come together and work on planning a variety of events on campus.

Marwa Aly, GPSA Executive vice president, said a lot of graduate students face unique challenges as parents. The WSU Children’s Center is open three evenings a week, but there is an upcoming vote to keep the center open four days a week instead.

Aly said the resources are there for the Children’s Center to operate four nights a week, but the center needs a vote before making a final decision.

“Everyone has different needs,” she said. “We have the budget for this, but we didn’t [want] to make a decision unless we have the voting according to the needs.”

GPSA Senate will vote on whether to extend the Children’s Center’s operating hours during its meeting on Sept. 27. Aly said if passed, the change will likely not take place until spring semester.

Aly said GPSA president Marco Cerqueria recently resigned from his position because of another job opportunity. GPSA is now looking to fill that position. Applications for GPSA president are open as well as nine vacant senator positions, she said.