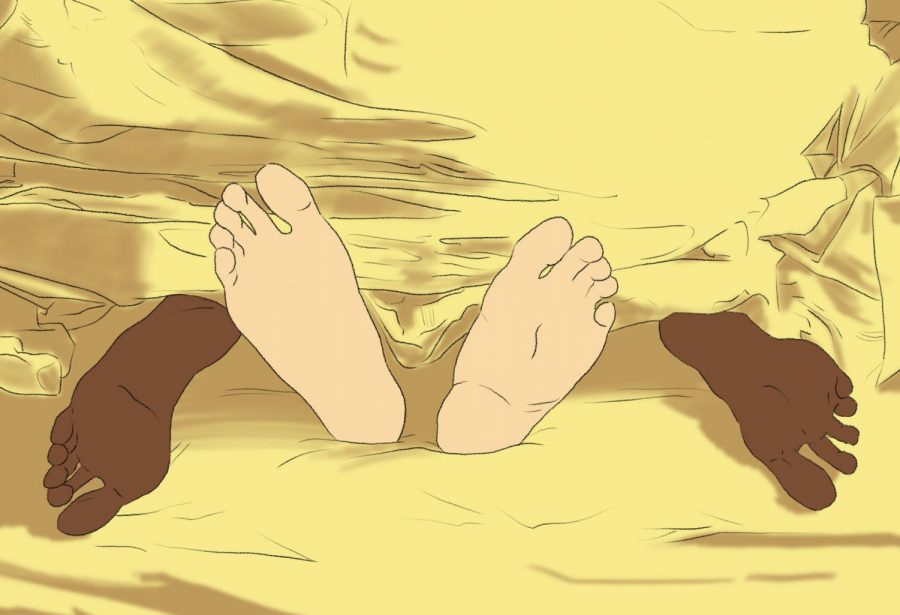 Women often have to compromise their own pleasure and priorities when engaging in casual sex with men.

Nowadays, there is not a person alive without a crappy hookup story. If you do not have one, it is probably for one of two reasons.

First, your embarrassing story might have yet to happen, or you might just be a straight guy.

Hookup culture is often portrayed as liberating and exploratory regardless of sex or gender, but the reality is often not true — especially for heterosexual women.

Sophomore sociology major Bailey Amundson said she meets way more women with stories about awful or unsatisfactory hookups than men in her own life and even in the media.

“I feel like men just kind of do whatever they want, and women take the fallback,” Amundson said.

Unfortunately, especially in college hookups, this proves to be true. A study of 15,000 college students across the U.S. found only 11 percent of women reported having an orgasm during a first-time hookup.

It is difficult to pinpoint the cause of the orgasm gap.

“I feel like if we taught sex ed in a way that didn’t shame our youth, or make people uncomfortable … the deficit would be less, and I think going into a hookup, being like, ‘this is what I like …,’ I think that would definitely help,” said junior neuroscience major Brenna Chargin.

Of course, an orgasm is not a requirement for good sex. Chargin said she has had great sexual experiences that did not end in orgasm.

Whatever the reason for the orgasm gap between men and women, it represents a pervasive pattern of women’s pleasure and desires being relegated as secondary to that of their male partners.

In today’s culture, rape and sexual assault are abhorred — when someone is outed as a sexual abuser, they are rightfully faced with social rejection and hopefully forced to accept the consequences of their actions. Even if this seems to sometimes not be the case, society has come a long way from the days of celebrating such actions while victims became extreme outcasts.

Meanwhile, premarital sex has become far more normalized. Women were once considered unclean or unmarriable if they had sex prior to marriage; now, many women get to enjoy numerous sexual partners before getting married, if they ever want to.

However, even with all this progress, many are still oddly tolerant of actions that fall under the umbrella of rape. Rape culture has allowed for this.

Rape culture can be thought of as a pyramid of unwanted sexual words or actions.

At the bottom of the pyramid are things like lewd comments and unwanted touching. Going up higher leads to more extreme actions, like stalking, until we reach the top of the pyramid. At the top live the most unthinkable, despicable sexual crimes, such as rape, or even murder.

As the structure cannot stand without a base, each level of the pyramid contributes to and reinforces each other, upholding rape culture’s place in society.

While the most extreme crimes are almost universally condemned, actions that are lower on the pyramid — like unwelcome comments, touches or kisses — are still for some reason considered “acceptable” or “not so bad” to some people, even though each level of rape culture fortifies the culture in its entirety.

At WSU, for example, these sorts of things are shockingly normalized on the party scene — which is focused most heavily on Greek Row.

“I had not been to a frat party until this year, and it was really interesting because [my friends and I] went into it knowing that guys were gonna come up and try and ‘seduce us,’ or, like, you might get touched or something,” Amundson said.

Because of the prevalence of hookup culture on WSU’s Greek Row, girls like Amundson go to parties fully expecting to be sexually harassed. But most of it gets played off because of the normalization of casual sex.

In this way, rape culture and the nature of the heteronormative casual sex scene reinforce each other.

“A lot of the times, the hookup culture that we hear about, or if you’re raised as woman, what you’re warned about, is rape culture,” Chargin said. “The sad thing is, in a lot of places, they are the same thing … there’s no safe ideology surrounding it.”

However, this should not frighten women away from engaging in and enjoying casual sex.

Casual sex is not for everyone. But for many, it is a chance to explore who you are, what you like and what you might want out of an eventual long-term relationship. Just because there is a system working against you should not prevent you from seeking out pleasure.

The key to lessening gender inequality and erasing the link between rape culture and hookup culture is communication and education.

Sex education should embrace what is unique about our generation and values — that means modernized, pleasure-focused education.

Communication is also critical, before, during and after sexual encounters. Talking about what you do and do not like is the best way to improve your experience and your relationship with a partner.

And for men — prioritize your female partners and their needs. Women should not be having to compromise their own pleasure or comfort to satisfy men.

Acceptance of casual sex and hookups have come a long way. It is time to take it a step further by making gender equality a priority in the culture.