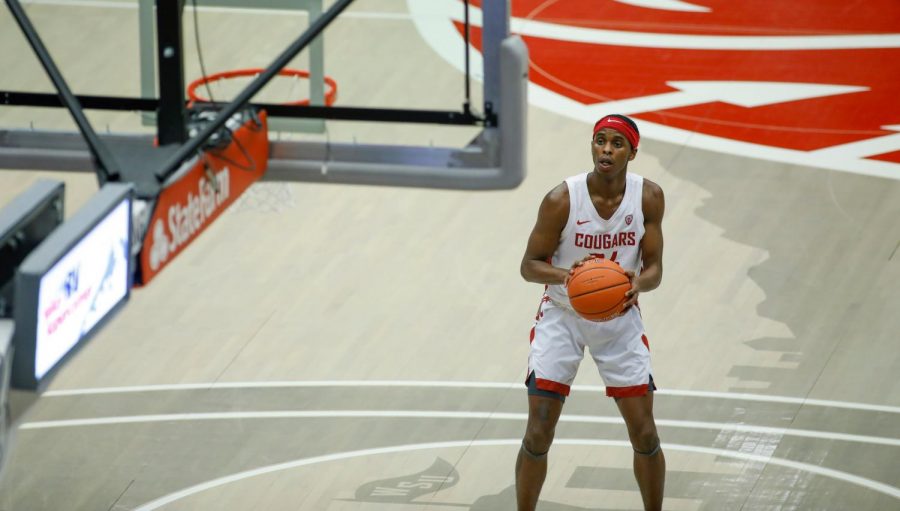 Then-sophomore guard Noah Williams prepares to take the shot from the free-throw line against MSU on Dec. 18.

Police were called just before 8 p.m. Thursday following an altercation over a fake ID. Williams allegedly tried to get the ID back from a bouncer and a scuffle ensued, according to KHQ.

When police arrived, Williams had already left, but officers were able to reach Williams by phone. Williams told police he accidentally grabbed his cousin’s ID. Officers ran the ID and confirmed it was a fake, according to KHQ.

The case will be sent to the Whitman County Prosecutor’s Office where officers will recommend Williams be charged with two counts of fourth-degree assault, possession of a fake ID and minor frequenting off-limits areas.

All of these potential charges are misdemeanors carrying up to 364 days in jail individually with no minimum sentence required.

“The coaches are aware of the situation but will have no further comment as it is currently an ongoing investigation,” WSU Athletics said.

Williams was the Cougs’ second-leading scorer in 2020-21 and earned All-Pac-12 honorable mention recognition.