Do not waste 90 minutes watching this movie 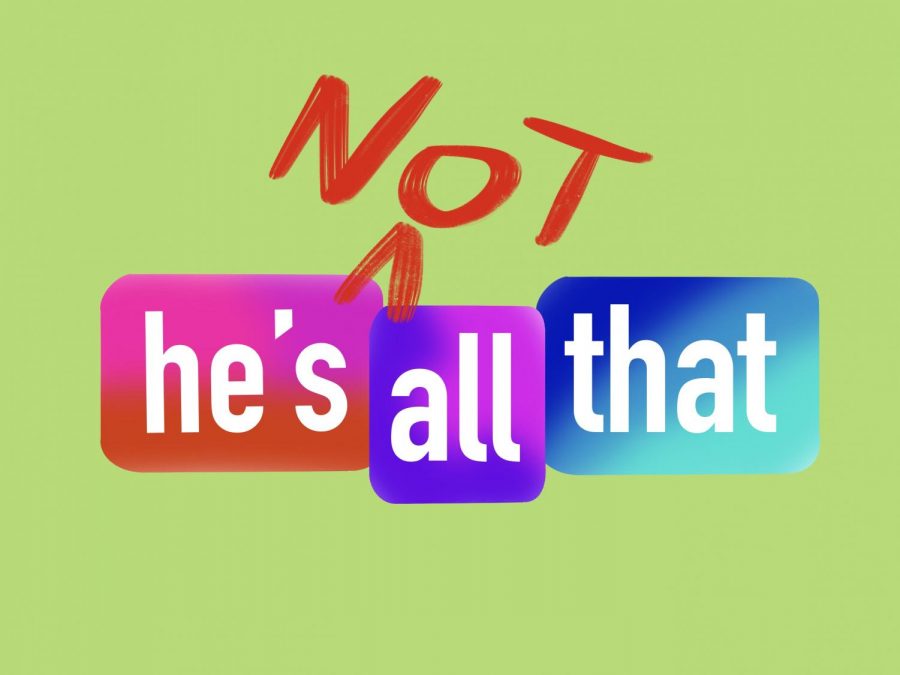 When I sat down to watch Netflix’s remake of the 1999 romantic comedy, “She’s All That,” my expectations were not high. But, wow.

If I hadn’t been watching “He’s All That” to review it, I probably would’ve turned it off in the first half hour.

“He’s All That” follows Padgett Sawyer, a teenage internet personality specializing in social makeovers and played by TikTok star Addison Rae in her on-screen debut.

Padgett loses a massive number of social media followers after a humiliating incident. In an effort to rebuild her tarnished reputation and regain a critical sponsorship, she decides to “make over” token weird guy Cameron Kweller (played by Tanner Buchanan) by making him into her school’s next prom king.

It’s hard to accurately explain the emotions I experienced while watching this movie. Second-hand embarrassment just does not seem to cover it.

The premise is innocent enough. It remains true to the original plot while introducing modern elements that today’s teenagers can relate to, such as dealing with online drama and social media.

Sadly, the execution left much to be desired.

The issues had to have been present as early as the writing stages. The entire film feels rushed — rather than feeling like a cohesive movie, it seems more like a series of aesthetic fantasies the creators wanted to throw together, from a gaudy 1920s-themed birthday party to a prom dance-off that comes basically out of nowhere.

Even the characterization is flat, Rae and Buchanan are frankly not nearly talented enough actors to breathe life into the insipid characters of Padgett and Cameron.

When the movie is not boring you half-to-death, it is pure, unbelievable cringe.

You would think that a movie starring one of the biggest people on the internet right now would finally be the movie to accurately represent the culture and etiquette of today’s youth. You hope for it so bad.

And yet you are disappointed.

To its credit, an attempt was made. The fake influencer culture and performative online activism we see so often is heavily prevalent, but the satire is lost when the movie’s lead is one of the biggest perpetrators of such things in real life.

Even the movie’s depiction of social media is severely flawed.

How does the plot center simultaneously around a high school’s prom night and an entire social media platform? Is everyone in the world just heavily invested in this high school? Or is the internet just composed of only the students at this one school?

My questions here are unending, but I digress.

Although the film itself is little more than an hour and a half of cringe, the one positive thing I can say for “He’s All That” is that as a remake, it is very cleverly done.

The references to the original classic are subtle enough to remind old fans why they loved it so much, while still appealing to younger fans who might never have seen the original.

Even two of the actors from the original returned as new minor characters — Rachael Leigh Cook, the “she” in “She’s All That” and counterpart to Tanner Bachanan’s Cameron, plays Padgett’s mom, and Matthew Lillard, the original antagonist, plays the goofy high school principal.

However, Freddie Prinze Jr., the star of “She’s All That,” was noticeably absent.

Perhaps he just had the foresight to avoid putting his name on such an embarrassment of a film.

The next time you’re perusing Netflix, save 90 minutes of your precious life and avoid watching “He’s All That” at all costs.