Rerun of 'In America: An Anthology in Fashion' will take place May 5, 2022 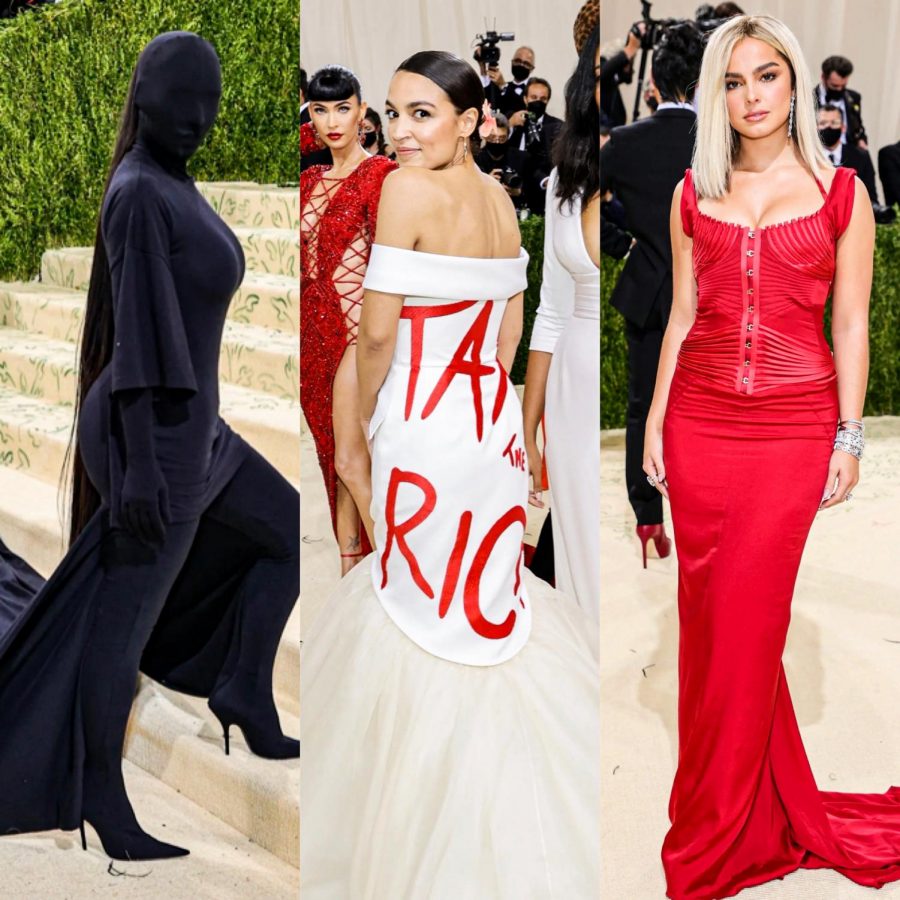 You know when students fail an assignment so miserably that the teacher makes the whole class redo it? Yeah, this is like that.

The annual Met Gala, often thought of as the fashion event of the year, took place on Monday of last week. After being delayed for a year because of COVID-19, the elite of our country proved, with the theme, “America: A Lexicon of Fashion,” that even society’s elite will leave everything to the last minute.

Yesterday, Wintour announced the American theme will be repeated next year — giving her guests a chance to put some real effort into it.

Our second try with the theme, “In America: An Anthology in Fashion,” will take place in May 2022 and will likely feature some familiar faces.

Congresswoman Alexandria Ocasio-Cortez made waves at the first event with a white dress emblazoned with the slogan, “Tax the Rich.”

Ocasio-Cortez was one of the few guests to be on theme, embodying one of the most purely American values there is — performative activism — as she rubbed elbows with the rich and famous at an event where seats can cost as much as $30,000.

“I like to do this thing where I guess the Met Gala theme based on the outfits,” fashion major Mary Antoinette said. “I was having a really hard time this year, but when AOC came out with that ironic twist I finally got it.”

Socialite and reality star, Kim Kardashian, is another famous face rumored to be returning for the May 2022 event.

“I’m honestly not sure why I’m having to do this again,” Kardashian said in her Instagram story after the event. “I was dressed like the soul of our former president. What’s not on theme about that?”

Kim was not the only Kardashian to make headlines about their attendance. Kourtney made an appearance as the spirit of an old dress — apparently gifted to her mini-me, Addison Rae.

After attending her first Met Gala ever last Monday with a hairstyle that at least resembled the classic American soccer mom look, the TikTok superstar Addison Rae actually appears to be in high spirits about returning to the museum for the 2022 Gala.

“I’m so excited!” Rae said in a statement. “I can’t wait to show off my next look on the red carpet next spring. #FashionNovaPartner!”

Many of us, I am sure, are excited to see which celebrity friend she pays to borrow a look from next year.

What is even more intriguing than how the returning guests are handling this news is how the new guests are taking it. Rapper Nicki Minaj is one star that fans especially hope to see in May.

Minaj caused a stir last week when she confirmed via Twitter she did not attend the event because of her vaccination status against COVID-19. She then went on to explain her hesitancy toward getting the vaccine because of her friend’s reaction to the shot.

Minaj said her cousin’s friend’s testicles became so swollen after being vaccinated against COVID-19 that the friend’s fiancé canceled their wedding. While it is unclear if the cause of the reaction was because of the vaccine or untreated chlamydia, Minaj nonetheless remains wary of the shot.

“Nicki’s tweets really show the essence of American ignorance at this time,” junior biology major Georgia Washington said. “ She was actually one of the only ones to understand the theme, and she wasn’t even there!”

Indeed, there may be nothing more American than spreading misinformation over social media.

In spite of the thematic struggles, last Monday’s event was certainly one to remember. Hopefully it has taught guests a thing or two about what it truly means to be American.

“I just hope that people are able to focus less on the American values — that, let’s be honest, no one really understands — and more on American fashion,” said Jeff Thomerson, senior political science major.  “I can’t wait to see more camo prints and Ugg boots on the red carpet in May.”