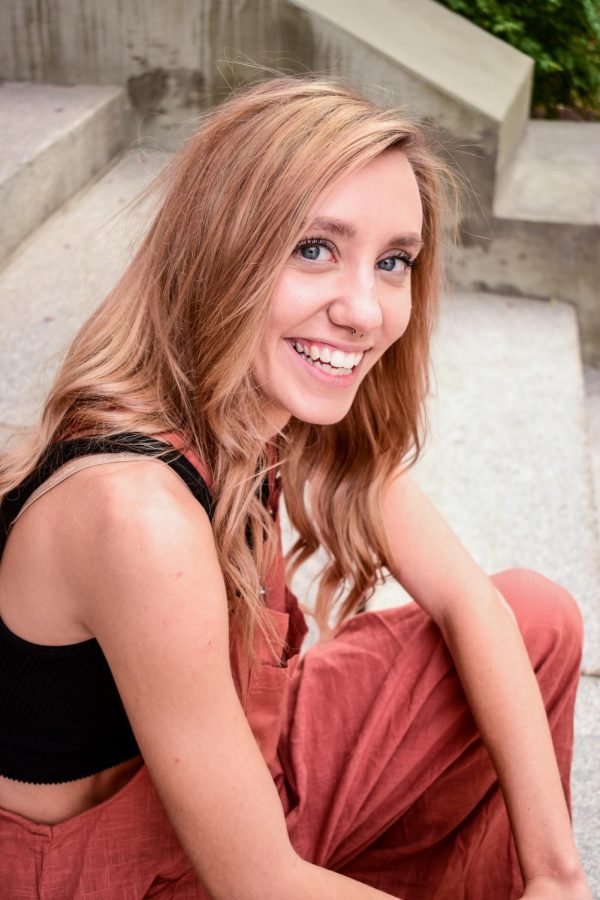 The battle against mental illness and eating disorders can be exhausting, but it's a fight worth having.

“Oh my gosh, did you lose weight? You look amazing!” Indeed I did lose weight. But not in a healthy way.

Hi, my name is Sandi, and I am a survivor and fighter of an eating disorder caused by ADHD, depression and anxiety.

I was diagnosed with anorexia from a very young age: 12 years old. I remember people always commenting on my size, telling me I’m so tiny I could fit in their pocket, or that I looked like such a young girl compared to other girls my age.

Those comments always stuck with me. I never thought they’d have such an effect on me. With everyone, including my own family, commenting on my frame, I felt like I needed to stay that size. I felt like I owed it to the people around me to remain that size.

“It’s fine,’ I would tell myself. ‘This is what is expected of me.”

I remember a time where I had gained a few pounds and was actually loving my body. I felt like a real woman, not a prepubescent boy with long hair. And then, the comments started coming. My family kept making jokes about me, telling me I was looking fluffy and boys don’t like that. I was 14.

Directly after that comment, I started to starve myself completely. I would nibble my breakfast, skip lunch completely and find an excuse not to eat my dinner. A week later, I was miserable. I never felt that bad in my life; I felt like I let everyone around me down; I felt like I let myself down.

That day, I took an entire bottle of ibuprofen. I was on the phone with my friend and I passed out in my bathroom. My friend hung up the phone, called 911 and my mother. They found me there less than 10 minutes after the call and rushed me to the hospital.

I had my stomach pumped and was set on suicide watch for the remainder of the summer. Around the same time I overdosed was also the two-year anniversary of my sexual assault trauma.

Going to therapy multiple times a week, being watched constantly and joining a group for eating disorders, I finally started to gain weight and feel more comfortable in my body. It took me four years to finally stop that eating disorder treatment.

I stopped weighing myself during my eating disorder treatment, and honestly, stopped caring what the number on the scale said.

Fast forward to 2020, I had my yearly wellness check at my doctors’ office, where they, of course, weigh you and measure your height and whatnot. My doctors and I had an agreement that they wouldn’t share the numbers with me unless absolutely necessary.

This time, it was necessary. I had lost 10 pounds, which doesn’t seem like a large number, but it dropped me down to double digits in weight and was considered critical for the average woman of my age and height.

I restarted my eating disorder treatment, even though I didn’t feel like I had relapsed. I felt like it was important for me to get back to a healthy number without thinking why it had dropped in the first place.

After a few months, I jumped back up to triple digits and could stop attending treatments. I tried very hard to be consistent with my eating habits, but for some reason, it couldn’t stick.

I still to this day am fighting my eating disorder. I have multiple alarms set on my phone to remind me to eat food. I still attend therapy and discuss my eating habits every session.

The stigma behind women having the perfect body has turned the women in our society into something they shouldn’t be. No woman is going to be the perfect size; the idea of having a ‘tiny waist and fat ass’ is absurd. Your body is beautiful just the way it is.

Never feel like you have to impress any man or woman with being the ideal size. You are loved in the form you were created in. I love you — never change the way you are. If you need support, there are many resources available to you. If you need a hype girl, I am here for you.