Mental health as seen on TV

Portrayal of mental health in media has mixed reputation 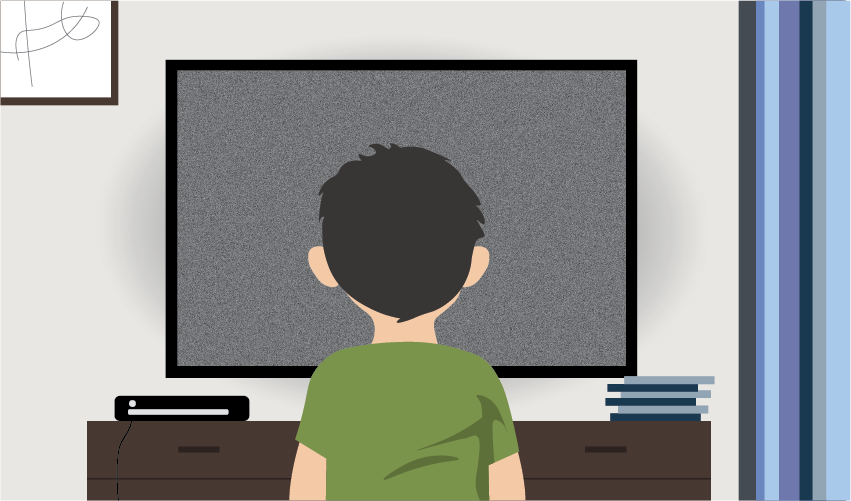 "Inside," "The Perks of Being a Wallflower" and "The Anthropocene Reviewed" all evaluate mental health in different aspects of our society.

Our understanding of mental health has grown over the years, as well as the importance we place on it. That being said, mental health representation in the media has not grown at the same rate. Problematic portrayals continue even today.

I think there are two things we can all agree on with the pandemic: a lot of people binged shows and movies, and mental health across the board took a nosedive. I happened to have fallen into both categories last semester and rewatching “Brooklyn 99” and crime dramas over the summer more than I care to admit.

As seeing people became more difficult, it became increasingly easier to turn my time and attention to any form of media I could get my hands on. As I was watching another season of “Community” recently, I was struck by a thought.

Various forms of media will trivialize mental health struggles, putting them into unnecessary stereotypes or offhandedly describing them as a character quirk to make them more relatable. Even worse is the portrayal of mental health in relation to villains.

Having whatever mental health struggle the character is going through be the reason for their path to villainy only further stigmatizes the issue. I can easily name off a handful of movies in which the villain has multiple personality disorder, is bipolar or has a host of other conditions used to justify their turn to evil.

Yet, it is not all doom and gloom with the media’s portrayal of mental health. Some media does an admirable job of addressing the issues related to mental health without trivializing them, and it is important to celebrate this growth in our culture’s awareness.

I am going to recommend a movie, book and Netflix special that explores mental health in a way that college students these days will hopefully be able to connect with, but it is by no means an exhaustive list. I would encourage you to explore and leave your own recommendations as the field of positive portrayals of mental health in media increases.

Before I get to the recommendations, I would like to preempt them by saying that no portrayal of mental health in the media is perfect. Some of these may represent challenges to taboos and the stigma of mental health and others may have emotionally charged material.

An important thing about me is that I love movies of all kinds, almost every genre. So when one of my friends recommended that I watch “The Perks of Being a Wallflower,” I was fully on board. The film is a refreshing take on various mental health issues and social problems that, despite being released in 2012, still impact people today.

The director is not afraid to address harder issues like isolation, depression and bullying, among other difficult topics. And despite this film being set in high school, many of the issues apply to college students. Mixed with a soundtrack that will send you on a nostalgia trip you didn’t know you needed, the movie is worth the watch and represents a good move toward mental health representation in the media.

After downloading TikTok last semester, I have been enamored with John and Hank Green’s posts. Despite both being in their 40s, they seem to be tapped into the struggles and problems that our generation is experiencing. This seems to come to a head in John’s new book “The Anthropocene Reviewed.”

The book is made up of essays adapted and written by John, all exploring the “Age of Humanity.” Through these essays, John has proven he has a way with words. He made me put the book down and truly think about what was written. Despite what my professors seem to hope, it is incredibly rare I think about what a book says after I finish it, but John had me thinking about his work, even now, days after finishing the book.

There are so many different quotes I would like to share, each deserving their own article and a nice sticker to place on your laptop from Redbubble, but one of my favorites never fails to cause me to chuckle.

I wish I could get that quote on a mug or a t-shirt – the message could probably apply for 2021 as well. The book was much more enjoyable than I would have guessed. It was like John went through the brain of a college student and put those thoughts and concerns on paper. I officially give this book three thumbs up and would recommend anyone give it a read.

Last but certainly not least is Bo Burnham’s recent Netflix special “Inside,” which delves into Burnham’s experience with the pandemic and struggles with mental health. The special is the quintessential COVID-19 show as it is recorded in Burnham’s guest home in Los Angeles with no crew or audience. Burnham wrote, directed, starred and edited the special himself.

Drawing on his myriad talents, “Inside” features a number of standup comedy moments, incredibly catchy songs and surprisingly jarring cinematography that adds to the feeling of isolation and Burnham’s slipping mental health. If you don’t have one of the many songs stuck in your head by the end of the special, I would be very surprised.

Burnham offers a good picture of how the pandemic affected his mental state, reflecting a bigger illustration of how it impacted us in a format that leaves a lasting impression after watching. It was the only comedy special on Netflix I have watched that caused me to think about an important issue and whose comedy is mixed with the ever-present message of mental health.

These three types of media I recommended are very different from each other but are equally entertaining and refreshing through their portrayal of mental health struggles. This article isn’t to say that media that don’t have mental health as their centerpiece are bad. Rather, it is meant to celebrate examples of media that highlight it well. As I stated before this, it is by far not an exhaustive list. I am eager to learn about other good examples. Feel free to share them and enjoy the ones I recommended!