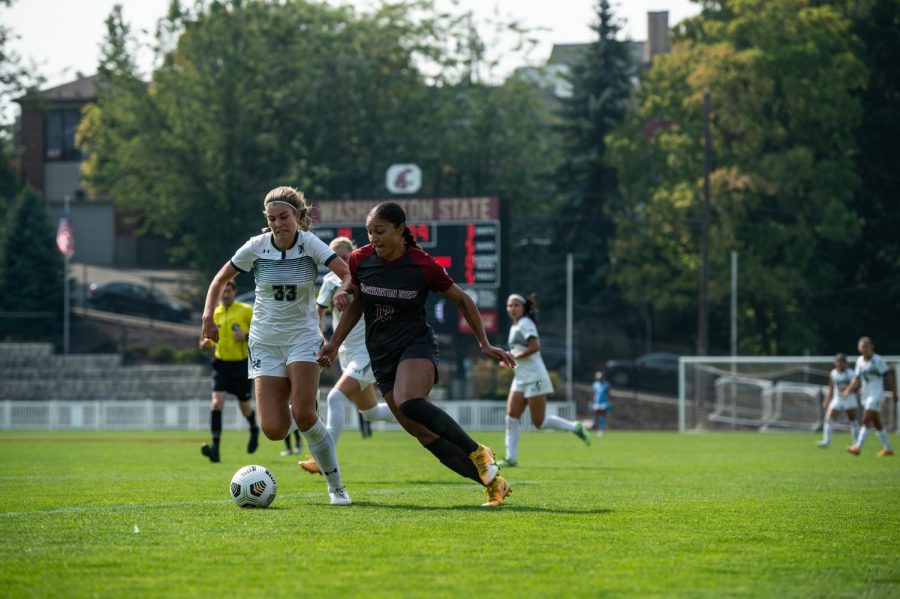 WSU soccer is set to play Arizona at 5 p.m. on Friday at the Lower Soccer Field. The Cougars currently have a 6-1-1 overall record and are coming off a three-match win streak. The team is moving into conference play with its first game against a Pac-12 opponent.

In their last two games, the Cougars defeated Northern Colorado 3-0 and Denver 2-0. The matches saw Sydney Pulver move into a tie for second all-time in games played with 85 appearances and Elyse Bennett tie for seventh all-time goals in program history with 21 career goals.

Head Coach Todd Shulenberger said he was happy with how the Cougars managed their early non-conference games this season.

“Good non-conference,” Shulenberger said. “I think we accomplished a lot here. We had some good results on the road. Disappointed again with that one loss at home the way it ended, but I like our response.”

Arizona currently has a 3-4 overall record. In their last game against Gonzaga, the Wildcats lost 0-1. Before that, they secured a 3-2 win against Nebraska. Shulenberger said Arizona has some new staff and is transforming the way they play.

“Pac-12 play is more difficult than regular play,” Shulenberger said. “Players get less chances, have to minimize mistakes with the ball, have better competition and face bigger, stronger, faster opponents.”

In their last meeting in 2019, the Cougars lost 0-1 to Arizona. There were no goals for the majority of that match until Arizona pulled away with a goal in the 80th minute and solidified the win. WSU has the upper hand over Arizona historically with a 15-9-1 record.

Shulenberger said there are many individuals contributing to Cougar soccer and that they have a lot of “weapons.” He said that the team is the deepest it has been in a long time, both overall and with the goalkeepers.

This includes freshman Nadia Cooper who became the first true freshman in program history to record a shutout in her first two career starts last weekend. Shulenberger said Cooper is a talented goalkeeper.

“She has an athletic gift, number one,” he said. “She is technically a very savvy goalkeeper. She understands the game. She’s courageous. She’s not afraid to put her head where it doesn’t belong sometimes”

The Friday game will see Pulver tie the record for all-time games played. Shulenberger said Pulver is cool and calm, has an incredible story and was there when WSU went to the Sweet 16.

“What a great young lady, number one. Shows up every day, goes to work. Never been an issue or problem. It’s pretty neat for her, she’s earned it,” he said.

Do not miss out on the Cougar action. The game can be seen in person or on the Pac-12 network with stats by StatBroadcast.