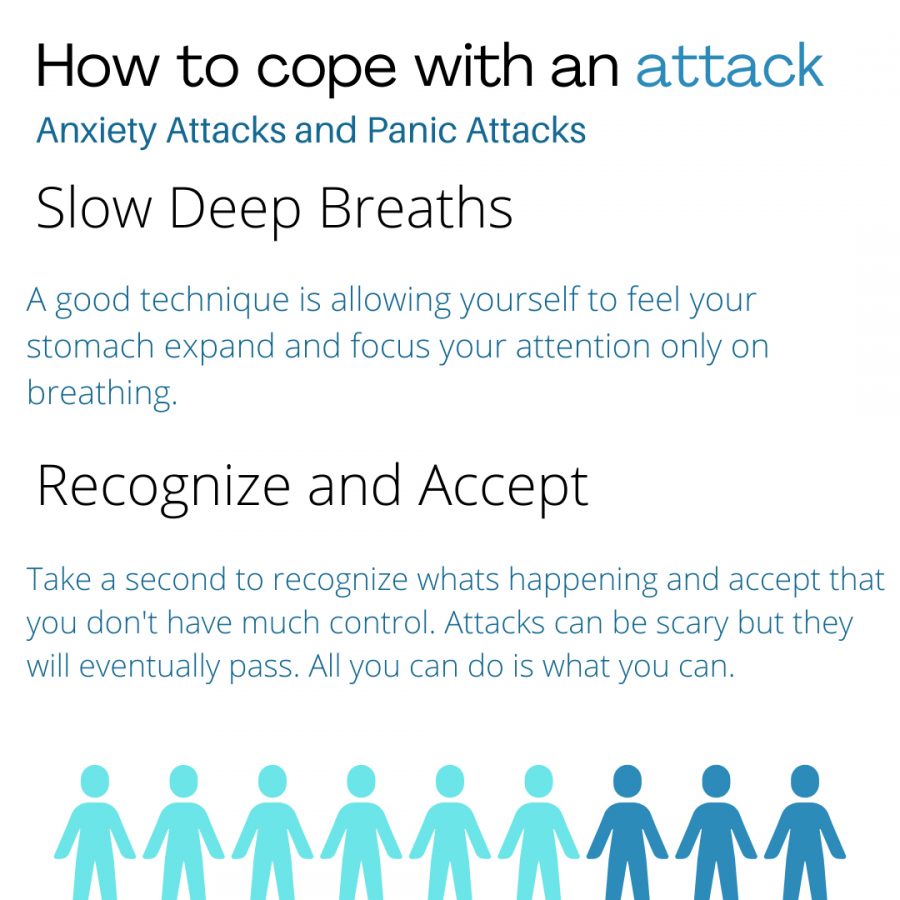 Everyone expereinces anxiety a little differently, but the right tools can help you manage it.

From a young age, we are told we are unique and special. But when it comes to mental health and breakdowns, the media has a structured template to what mental breakdowns look like. If each person is different in their own way, how come mental health is not regarded in the same way?

Panic attacks are almost as likely to happen, with 11 percent of Americans experiencing an attack each year. Since they are so similar, panic attacks and anxiety attacks often get confused for each other, but there are key differences.

Panic attacks are defined as sudden and involve an overwhelming sense of fear, according to Healthline. They can also include physical changes such as nausea and a fast heart rate. Some can be triggered by stressors or fears.

Unlike panic attacks, anxiety can come on gradually. For an example of an actual panic attack, Healthline says, “signs and symptoms are open for interpretation.”

Sophomore Danny Dudarov describes their everyday experience with anxiety as an “over analysis of everyday things.” Dudarov is diagnosed with generalized anxiety disorder and often experiences panic attacks.

Dudarov said their overthinking will manifest in mulling over “a simple question to someone for days on end.” For people with anxiety, overthinking and intrusive thoughts are common in their day-to-day lives. It progresses to anxiety attacks when they overthink to the point they believe it is catastrophic.

“Everyone’s anxieties look completely different, same with panic attacks,” Dudarov said. “Sometimes panic attacks can be very noticeable to an outsider and sometimes they don’t, depending on the person and situation.”

It is important to identify that each of our minds handles stress and triggers differently. No one should be looked down upon for the way they react to what their mind is making them feel as everyone’s experience is different. Anxiety and panic attacks can make you feel isolated and that something is wrong, but it’s just your mind making you feel that way.