Coroners investigate deaths, talk to family, friends to understand who person was 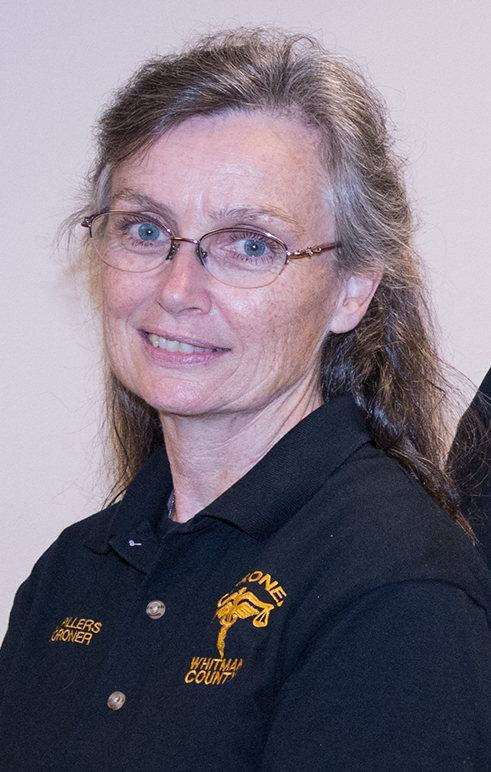 Whitman County Coroner Annie Pillers gets final say about a person's cause of death.

Annie Pillers’ job as Whitman County coroner has made her a better person in the long run because — despite working with unexpected deaths — she tries to maintain a positive attitude about life and relationships.

“You get to meet families in a very tender moment for them, you get to hear about the person that they love, you get to hear stories,” Pillers said. “You really get to see the depth of who they are, and so it’s very privileged work.”

Pillers said she has been working at the coroner’s office since 2008 and got the position as coroner in 2018, she said. She is responsible for investigating the cause of unexpected deaths.

Chief Deputy Coroner Scotty Anderson said he is one of two deputy coroners working alongside Pillers. They are on call all day and night because unexpected death can happen at any given moment.

“[Death investigation is] definitely a combination of people working together,” Pillers said.

She said emergency medical technicians are the first to show up to the site to see if there is a chance to save the person. If not, they will make note of what they saw and did. Law enforcement will show up as well.

The coroners will discuss what the EMTs and law enforcement saw, what they did and who they spoke with at the scene, Pillers said.

They will investigate the scene to try to find information to determine the cause of death, Anderson said.

The coroners will talk with the family to get background information on the person who died, as well as their neighbors and friends to get a better picture of what happened and who the person was, he said.

When the investigation is done, they will complete a written report and discuss the information they found with the family, Anderson said.

“[It] can help the family better understand what took place,” he said. “A lot of times, it’s obviously sudden and shocking for the family, so we’re able to provide answers that can help [them] with the death.”

As coroner, Pillers said she gets the final say on the cause of death.

Pillers said they approach every situation the same way and walk in with no expectation of what the scene will be. Sometimes it can be a suicide; she, along with the deputy coroners, have ways to determine what the cause of death is.

Anderson said if the cause of death really was suicide, they make sure there is no mistake made when determining the cause.

While someone’s search history might lead people to think the cause of death was suicide, a conversation with a friend or family member could reveal another explanation, like they were writing a research paper on that topic, he said.

Pillers said she is involved with the Whitman County Suicide Prevention Task Force, which addresses suicide within Whitman County and how to prevent it.

Not only is the task force working to prevent suicide, but it is also looking at ways to support people in the community who lost a loved one to suicide, Pillers said.

“It’s hard to say what you prevent,” she said. “But I can tell you that it makes a difference.”