Police identify two individuals who were shot; night that started with small get-together ends in tragedy 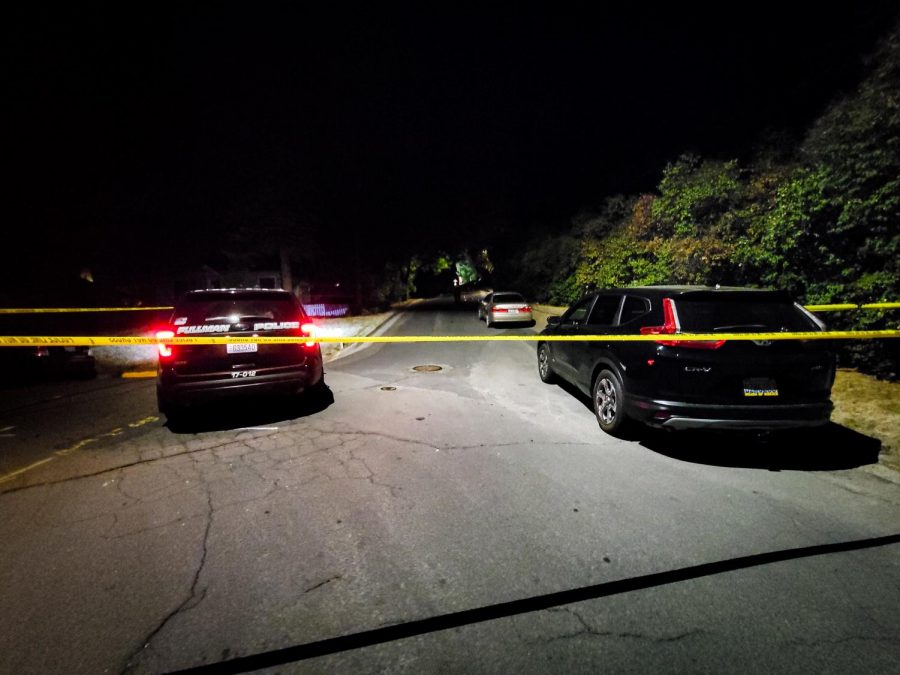 Shots were fired early Saturday morning near the 1200 block of NE Myrtle Street.

Editor’s note: This article has been updated to remove information that can not be verified at this time. As this is is an ongoing investigation, The Daily Evergreen will refer to the eyewitness by his first name only at his request.

A gathering of a few friends who grew up together ended in gunshots, at least one individual dead and another in critical condition.

Pullman Police Department identified Liban Barre, of Kent, Washington, as the individual who was fatally shot. WSU student Brandon Gray is in serious but stable condition, according to a Pullman PD press release.

Eyewitness Kaleb just wanted to go out on a Friday night with a friend.

A couple people he grew up with here in Pullman were throwing a small party near McGee Park, and Kaleb said he was looking forward to spending some time with them.

“It just started as a small party for all of us that knew each other and whatnot, but then there was a bigger college party going on a few houses down,” Kaleb said. “Once that died off, they just started walking down to our party and our party started getting way too big.”

Pullman police officers responded to the 1200 block of NE Myrtle Street at 12:30 a.m. for reports of a loud party, estimated to have around 200 people in attendance, according to a press release published this morning.

This was the newly merged party consisting of Kaleb’s core group of friends and the people who wandered down from the other party on the street.

Kaleb said he, his friends and other partygoers started leaving the party when they saw the police had arrived. As he and his friend walked down NE Lybecker Street toward Stadium Way, Kaleb said he witnessed the shooting transpire.

He said he saw a group of individuals arguing and getting into an altercation just down the street from the large party that had formed.  He said it all transpired about 5 feet from where he was walking.

Kaleb and his friend ran and were separated. Kaleb said he ran back up the hill to tell the partygoers there was a gun. He and his friend did not reunite for a few hours.

“I ran back up the hill to let everyone know,” Kaleb said. “I was freaking out. I was like ‘there’s a gun, run everyone!’ That’s when everyone started freaking out and running.”

Kaleb said he has spoken to Pullman PD about what he witnessed.

He said his concerns lie primarily with the victims and their families.

“I’m sad and angry I guess,” Kaleb said. “I feel bad for the kid who died and then the other person who got shot as well. Then, just angry at the person who did it and I’m kind of angry that I couldn’t do anything to help since I was like, right there. But at the same time, I didn’t want anything to happen to myself.”

At this time, one individual has been arrested in connection with the shooting, and Pullman PD is actively investigating the incident. 2020 WSU student George Melvin Harris III was taken into custody around 7 a.m. and charged with assault in the second degree, according to an updated press release.