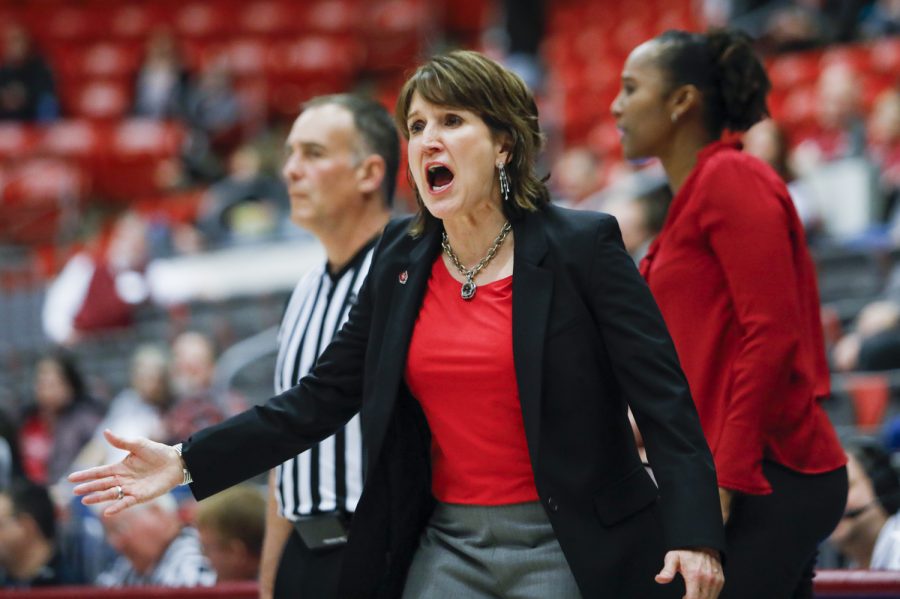 WSU Athletic Director Pat Chun had a busy week in Pullman, extending the contracts of three coaches who are leading programs that are showing exceptional growth over the last few seasons.

On Wednesday,women’s basketball coach Kamie Ethridge signed an extension through the 2026-27 season. Ethridge’s original contract was set to expire at the end of the 2023-24 season.

“Kamie has rejuvenated our women’s basketball program in a very short time and we are fortunate to know she will be leading the Cougars for many years to come,” Chun said. “Competing in the best women’s basketball conference in the nation, she has elevated WSU to the national stage and we are excited to see the upward trajectory of this program continue.”

Last season, Ethridge led the Cougs to their first-ever Top 25 ranking in women’s basketball, as well as their first appearance in the NCAA Tournament since 1991. The Cougs also defeated No. 5 UCLA during that historic season, marking the program’s first win against a team ranked in the top five.

“I am extremely proud of the historic season we just completed and am proud to be representing Coug Nation as we head into the future,” Ethridge said. “I love it here. I love what it means to be a Coug. I look forward to recruiting future Cougs who want to help us build upon the amazing energy and momentum surrounding our program. Our hope is, with our fans back in Beasley, we will continue to take this program to new heights year after year!  Go Cougs!!”

On Thursday, WSU announced a contract extension for men’s basketball coach Kyle Smith through the 2026-27 season. Smith’s contract was set to expire after the 2024-25 season.

Smith has become known as one of the most successful recruiters currently in Pullman, attracting some of the top players the program has ever seen. Last season, WSU finished 14-13 for their first winning season since 2011-12.

“None of this would have been possible without the hard work and persistence of my tireless staff,” Smith said. “I am forever grateful for their loyalty and hard work. I speak for everyone when I say that we are ecstatic to have the opportunity to see it through. Go Cougs!!”

Rounding out the trio on Friday, WSU announced the extension of head baseball coach Brian Green’s contract through the 2026 season. His contract was initially set to expire after the 2024 campaign.

“We respect the history and tradition of our Cougar Baseball program and the responsibility we have to uphold it,” Chun said. “Over the past two years, Coach Brian Green has rekindled the passion and pride Cougs have for our baseball program. We are fortunate to have Coach Green and look forward to having him lead our program for many years to come.”

Last year, in just his second season in charge of the team, Green lead WSU to their first winning record since 2015 and their most Pac-12 wins since 2014. Green, like Smith, has done a fantastic job with recruiting, notching back-to-back ranked recruiting classes, including the top-ranked junior college class for this upcoming season.

This past season, Green’s Cougars sent three players to the pro level via the MLB Draft. This was the first time WSU had three picks in the first 12 rounds since 1977.

“On behalf of our coaching staff and players, we are honored and privileged to continue to hold this place down,” Green said. “We know we have not taken this program to where we want it to go, getting it back to the postseason and back to Omaha but for this administration to support the path that we are on and grant us an additional two more years is an unbelievable honor. Thank you and Go Cougs!”