BookTok review: ‘It Ends with Us’ powerfully illustrates anguish of abuse 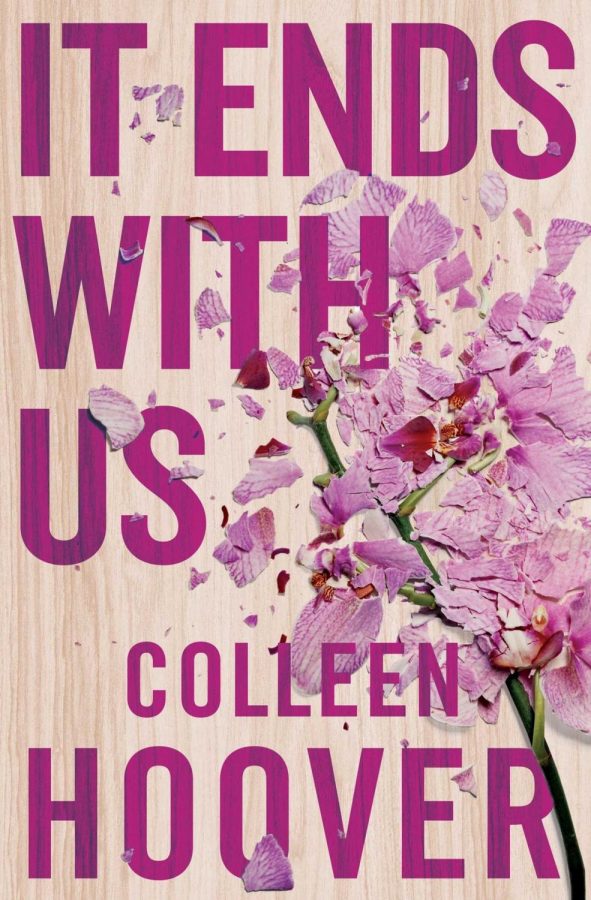 COURTESY OF IT ENDS WITH US

Characters in this novel show the suffering of being in love with your abuser and the strength of being a survivor.

Like everyone else, I am mindlessly scrolling through TikTok any chance I get. There, I happened to stumble across a book recommendation for a novel by Colleen Hoover.

If you have been on Book TikTok (also known as BookTok) before, you know that every avid reader raves about Hoover’s novels, such as “November 9” and “Ugly Love.”

After reading the novel’s blurb, I dove into the book expecting a light-hearted story about an adult love triangle. That was my first mistake.

The young adult novel, “It Ends with Us,” is a riveting drama packed with painful truths about the devastations of domestic violence.

The novel follows an edgy but cute couple: Lily Bloom, an owner of a contemporary flower shop, and Ryle Kincaid, a charming surgeon who never wants to get married or have children. They meet on a rooftop of an apartment complex after Ryle loses a patient and Lily returns home from her abusive father’s funeral.

One of the best qualities about Hoover’s writing is her ability to weave in foreshadowing throughout the book subtly. For example, despite Ryle’s sister, Rose, warning Lily about dating Ryle at the beginning of the novel, it takes me completely off guard when Ryle hits Lily for the first time after months of a seemingly healthy relationship.

Like many other readers, I thought Rose’s warning was just about Ryle’s inability to commit to relationships, but that was my second mistake.

“Fifteen seconds. That’s all it takes to completely change everything about a person. Fifteen seconds that we’ll never get back,” Hoover wrote to illustrate Lily’s inner dialogue about that haunting night when Ryle first hit Lily.

Days after the incident, Atlas Corrigan, Lily’s first love from childhood, enters the picture when Lily and Ryle bump into him at his restaurant. Atlas begs Lily to break up with Ryle, but Lily refuses to acknowledge the similarities between hers and her mother’s abusive relationships, which is exceptionally heartbreaking.

Regardless of her refusal to acknowledge the obvious, Lily is the most admirable heroine out of all the romance books that I have read. She portrays the independence, conviction and strength that I want every woman to aspire to be.

The most upsetting aspect of this novel is that Hoover based the incidents between Lily and Ryle on her parent’s abusive relationship.

In the Note from the Author, Hoover explains the first incident of abuse between Lily and Ryle is based on the first time Hoover’s father ever hit her mother, which makes the whole scene depicted in the novel extraordinarily raw and emotional.

This novel delivers so much more than just a simple story of a love triangle. Instead, it illustrates a story of a domestic abuse survivor finding the strength to make the right choice in the most complicated situation.

“It stops here. With me and you. It ends with us” is the most powerful statement found at the end of the novel. But you have to read it to understand the line’s significance and its relation to the strength of domestic abuse survivors.