Neighbors turn on neighbors in wake of new legislation 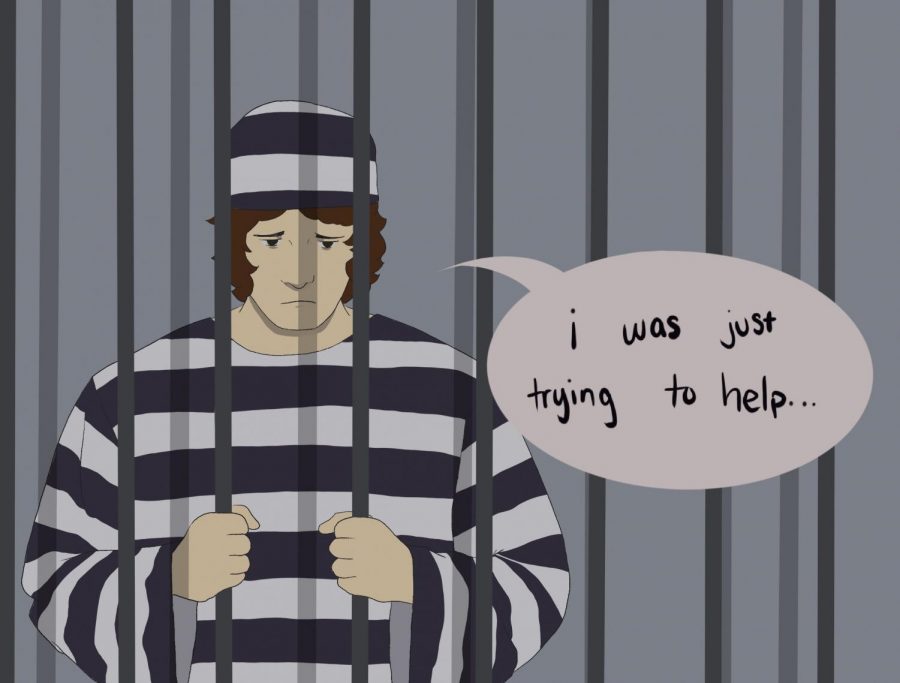 Violators of this new declaration will be subject to community service, finally giving them a chance to do something actually helpful.

Last month, in the wake of being told by a fellow senator to try doing yoga stretches to “help his lack of a backbone,” Kentucky Sen. Mitch McConnell proposed a new bill that would make giving out any type of unsolicited advice illegal in all fifty states.

The legislation went into effect after passing unanimously in the Senate and House and was signed by President Joe Biden on Monday.

In the wake of the new law, riots have been breaking out across the country. Good old Pullman has been no exception.

Business majors protested the law this weekend outside the Compton Union Building. One protestor, senior business major Cash Richie, said he thinks it is unfair he can no longer share everything he knows about budgeting with anyone who might need the help.

“I’ve never been in debt,” Richie said. “Seriously. I’m going into business so I can teach other people everything I know and help them be like me. This law is violating my First Amendment rights to share what I know.”

Richie explained his secret is not eating out too often — not overspending at the grocery store and having his father, SpaceX chief financial officer, pay for his tuition and all his essential bills. Richie is disappointed this new law will prevent him from sharing these tips with his fellow students struggling with finances.

“I’m out here protesting because some of you could use my fitness advice!” Broh said. “I’ve got a great routine to help your flabby ar-. ”

Broh proceeded to cut himself off in order to tell a female passerby she would be prettier if she smiled. Both interactions were violations under the new law, and Broh was swiftly arrested by WSU police.

Violators of the new law, like Broh, will be required to complete at least 40 hours of court-mandated community service. Hopefully, through this community service, unsolicited advice-givers will finally contribute something to society that is actually helpful in some way.

The law has even bred tension amongst friends. Junior communications major Norah Tipp-Ikall expressed anxiety about what her friends would do if she was no longer able to give them advice.

“I just want to make sure they keep everything clean, stay hydrated, do their work, stay organized and just generally take care of themselves. Like, keeping a planner and just staying focused has been so helpful for me; I don’t know why it bugs them so much when I bring it up. I guess I can’t anymore anyway,” Tipp-Ikall said.

Tipp-Ikall also said that when she feels sad, she just distracts herself and stops being sad. She does not understand why the people around her are so opposed to such helpful advice.

Other critics of the new law have pointed out that even if some of this advice is a bit annoying, much of it is well-meaning and comes from a good place.

“The thing is, you can never know exactly how someone else’s mind works,” she said. “What works for you might not work for me. Like, if I’m struggling so much with some things, why does it never occur to anyone that I’ve probably already tried what they’re about to suggest?”

Perhaps unsolicited advice-givers can appreciate some valid advice from their critics — even if they are coming from a place of good intentions, simplistic fixes do not always work.

It is more useful to offer support and validation for our friends’ struggles rather than flex how easy it is for you to stay organized, vote on legislation that betters our country and the world, or work out and build muscle in the gym.

Once we get over this initial shock, perhaps this new law will teach us all to have more empathy and understanding.

At the very least, it gets some of the most annoying people in the world off the streets.